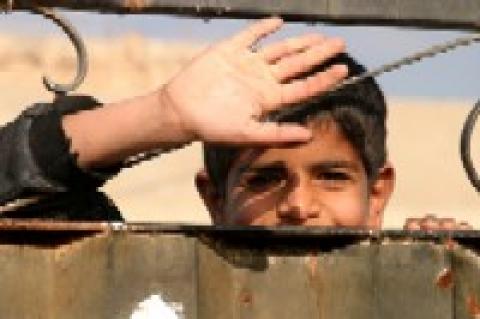 The following bulletin is distributed by our colleagues at Pax Christi USA, the national Catholic peace movement.

PRAY: A prayer for human rights
from the Education for Justice site

God of Justice,
You have given all of your children
human dignity and human rights.
Help us recognize the dignity and the rights
of all of human kind.
Open our hearts to hear your teachings,
open our eyes to the suffering
of those who are denied
their basic economic, social, political and social rights.
Let our voices join in declaring
all humanity is sacred, all human rights must be respected.

STUDY: Reflecting on the Universal Declaration of Human Rights
By Madeline Labriola, Pax Christi International NGO delegate to the UN

On December 10, 2012, the United Nations will observe the International Day for Human Rights, celebrating the day 64 years ago when member nations of the newly formed United Nations signed into International Law the Universal Declaration of Human Rights.  It was a struggle for the writers to include the many rights and privileges that we believe are part of the unalienable rights of every global citizen.  Eleanor Roosevelt led the delegation in purpose and positive attitude to the final draft of the document. Here, in summary form, are the rights, which the United Nations guarantees to every person on the globe.

The Universal Declaration of Human Rights

Are born free and should all be treated in the same way. Are equal despite difference in race, sex, language, etc.  Have the right to life and to live in freedom and safety.

As a part of the Pax Christi delegation at the UN, I became a member of the NGO committee on human rights. I learned from meetings with officials from the Human Rights Commission and other activists in the field that at the UN the pursuit of human rights has had its trials and stumbling blocks. Although the document remains signed by all the countries of the world, it is sad but true that it does not mean it is implemented or honored in every country.

Many positive strides have been made to improve the rights of people in many countries, including the U.S., over the past 60 years, but much more work needs to be done. In some cases people are not even aware that they have these rights and so cannot demand them of their government. This is rapidly changing as the world is constantly linked by advanced media technology. In countries where human rights are routinely abused, there are NGOs reporting and calling the world’s attention to these violations.

1. Read the Universal Declaration of Human Rights to be inspired by the language and courage of the writers. Teach your children and grandchildren about this document.

2. If you are a teacher, use December 10 as a day to celebrate. Teach the history of the Universal Declaration of Human Rights. Choose one human right that you feel strongly about as a focal point.

3. In your local peace group choose the theme of human rights as part of your study section. The plight of our local indigenous people is especially timely. One exciting campaign involving human rights and the environment is occurring in the Ogondogen Nation in New York State. For more information, check out www.HonorTheTwoRow.org.

4. Use the prayer above as part of your opening or closing prayer for justice at your next Pax Christi meeting or other gathering. You can also read a statement written in 2008, on the 60th anniversary of the Universal Declaration of Human Rights, endorsed by Pax Christi International and other Christian NGOs, expressing their "deep commitment to the fundamental values underlying the Universal Declaration of Human Rights. (UDHR)." (PDF attached below.)