Call on Congress to end the Gaza blockade 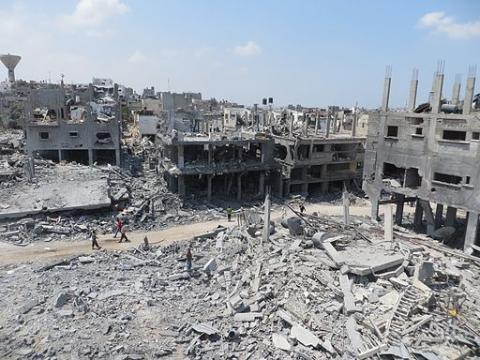 Third Thursday action alerts are sent out monthly by organizations in the Faith Forum on Middle East Policy so that members of Congress hear consistently that their constituents support a just and lasting resolution to the Palestinian and Israeli conflict.

For nearly a decade Gaza has been largely sealed off from the world.

Ordinary people of Gaza – men, women, and children – have been denied the opportunity to lead ordinary lives. Israel maintains the blockade with security as the stated purpose, along with Egypt which has only intermittently opened the Rafah crossing into Gaza, and the Palestinian leadership whose internal divisions contribute to the misery of their people.

Take action for the people of Gaza today!

Of the approximately 18,000 homes destroyed or severely damaged during the 2014 hostilities, about 23% have been rebuilt or repaired, and an estimated 70,000 people are still displaced according to a report by the United Nations. Severe electricity and fuel shortages lead to rolling blackouts lasting for hours each day and restrict the ability to pump water and treat sewage.

The suffering of the people of Gaza does nothing to keep Israelis safe. The security and welfare of Israelis and Palestinians depends on addressing the underlying issues, including lifting the Gaza blockade.

Click here to ask your members of Congress to:

Photo: Photo of the town of Beit Hanoun in the northern Gaza Strip. Photo by Muhammad Sabah, B’Tselem field researcher in Gaza, on August 5, 2014, in the course of the ceasefire. Whole sections of Beit Hanoun were demolished, making it one of the hardest hit communities in the offensive, along with Gaza City, Beit Lahiya, Khuza’ah and Rafah. Photo available in the creative commons 4.0 via Wikimedia Commons.