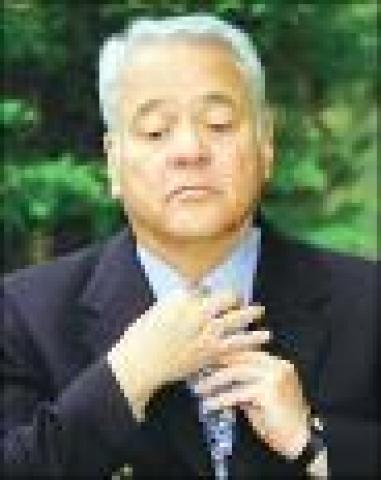 The following petition, posted to Change.org, was prepared by former Maryknoll lay missioner Maggie Fogarty, who served with her family in Bolivia. This petition was active in 2013 and is now closed.

The massacres that devastated the families of Bolivia’s highlands 10 years ago this month must not be forgotten.

In October 2003 the families living in El Alto and other villages above the Bolivian capital suffered weeks of extreme violence by the armed forces of the government of then-President Gonzalo Sanchez de Lozada ("Goni") and his Defense Minister José Carlos Sánchez Berzaín. Fifty-eight Bolivians were killed and another 400 injured when the government sent in troops to repress protests against its despised gas export plans. Those killed included an eight-year old girl, Marlene Rojas, shot by a sniper’s bullet while in her home. In Bolivia in the decade since, the month has been renamed Black October, to commemorate those killed and to demand justice.

Today, a decade later, both men accused of ultimate responsibility for the deaths live in the U.S.: Lozada in suburban Maryland and Sánchez Berzaín in Miami. Both are happily protected from facing trial in Bolivia, protected by the U.S. government.  While the families continue to grieve, those accused walk free and unpunished.

Lozada and Berzain took office in 2002 with only 22 percent of the vote, but were determined to enact unpopular economic reforms including plans to export gas via Chile. Knowing they would prompt protests, they issued a decree calling on the Army to use "all means necessary" to repress protests. The government treated their own population as foreign invaders, deploying military sharpshooters armed with high-powered rifles who shot into houses and chased and shot unarmed villagers as they fled through fields and into the mountains. Many of the individuals killed and injured as a result of the plan were not involved in protests, or even near protests when they were shot. The violence only stopped when Lozada and Berzain fled the country as protests spread across the country and politicians including Lozada's Vice President Carlos Mesa denounced the violence.

The struggle for justice by the families has been a long and arduous one ... In October 2004, the Bolivian Congress authorized a trial for government and army officials involved in the massacre. The trial began in 2009 and seven defendants were sentenced to between 3-15 years in prison. Yet Lozada and Berzain have refused to appear in court. An official request for extradition by the Bolivian government in 2007 has been refused by the U.S. State Department despite the fact that the two countries have a functioning extradition treaty.

The refusal by the U.S. government to respect the Bolivian legal process and the rights of the families to justice means that the U.S. government is complicit with impunity and injustice. Their arguments that this case is too political to guarantee a fair trial are baseless, given the extreme rigour in which the case has been processed in Bolivia and the support for the case by politicians of all parties including those of Lozada and Berzain. It also looks deeply hypocritical, when the U.S. insists that other governments extradite individuals that have allegedly threatened U.S. security interests such as Edward Snowden.

Lozada and Berzain have strong connections with U.S. political, business and academic circles that have no doubt played a role in preventing their extradition. Lozada is a University of Chicago alumni, who has various investments in the U.S., and even hired U.S. consultants to help him win the election in 2002. However these strong political connections should not be a cause for ongoing impunity. This October, all U.S. officials of influence should instead listen to those whose voices are too often ignored, such as the parents of Marlene Rojas or of Teófilo Cerro who now has to support seven children after his pregnant wife was gunned down.

This impunity and injustice cannot be allowed to continue. We call on all those with influence – the media, members of Congress, human rights organizations, universities and students – to stand with the families this October in solidarity and demand the extradition of Lozada and Berzain.

Sign the petition to Secretary of State John Kerry here.