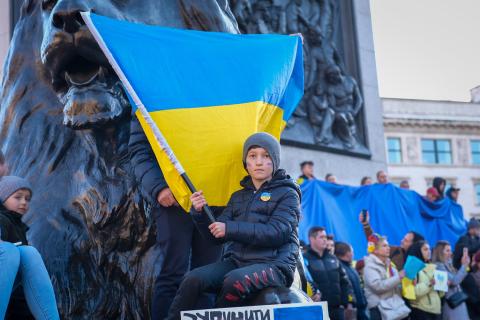 As we mark the 60th anniversary of the Cuban Missile Crisis, October 16-29, we find ourselves once again on the brink of nuclear conflict. Russian president Vladimir Putin’s recent threats to use nuclear weapons in his unjustified war of aggression in Ukraine have provoked the most direct and dire threat of nuclear war since those grim days six decades ago.

It is urgent that President Biden do everything in his power to deescalate the situation, seek a diplomatic resolution to the conflict in Ukraine, pursue nuclear disarmament, and refrain from responding with nuclear weapons should President Putin follow through on his threats.

In the words of the U.S. Conference of Catholic Bishops, “The moral demands of Catholic teaching require resolute willingness not to intend or to do moral evil even to save our own lives or the lives of those we love.” Pope Francis has repeatedly condemned the very possession of nuclear weapons as immoral, and this month denounced Mr. Putin’s threats and called on all sides to seek a diplomatic solution. The pope expressed alarm at the increased “risk of nuclear escalation, giving rise to fears of uncontrollable and catastrophic consequences worldwide.”

A landmark report published earlier this year, “Nuclear Famine,” indicates that a limited, regional nuclear conflict “would be far more dangerous than we understood even a few years ago… crash(ing) the climate, the global food supply chain,” and causing famine on an unprecedented global scale.

For the protection of Ukraine, of all humanity, and of our common home, we must avoid nuclear conflict, and rid the world of these horrific weapons.

Scroll down to write to President Biden now.

Photo: A child holds the flag of Ukraine next to one of the lions at Trafalgar Square, Feb. 27, 2022. Photo by Flickr/Alisdare Hickson