Take Action for Refugees in Honor of World Refugee Day 2022 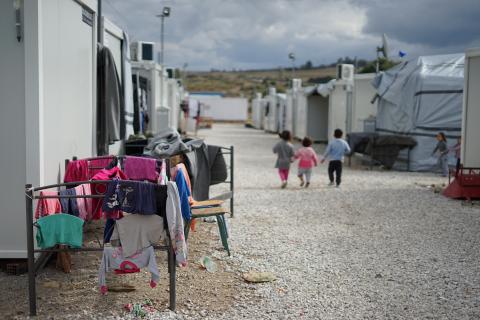 In honor of World Refugee Day, ask your members of Congress to support protections for refugees and forcibly displaced people.

June 20 is World Refugee Day. We are now seeing the highest number of forcibly displaced people on record, especially as the emerging conflicts in Ukraine and Afghanistan are driving millions of desperate people from their homes. Robust funding for U.S. refugee programs is greatly needed. The United States has the expertise and capacity to be a major receiving nation for refugees, as it has in the past.

Refugee protection has until recently received strong bipartisan support. Resettled refugees enrich our communities and allow the U.S. and people of faith to put into practice core values of welcoming the stranger and the oppressed.

Ask your members of Congress to support efforts to strengthen the U.S. refugee system and fund other related programs, including the Operation Allies Welcome for Afghan evacuees and the Uniting for Ukraine initiative to welcome displaced Ukrainians.