Take Action for the People of El Salvador 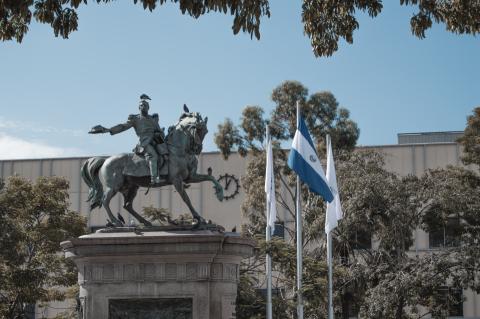 As your representatives to address civil and human rights violations in El Salvador.

The people of El Salvador are living under a state of emergency in which constitutional rights have been suspended, including freedom of assembly and the right to defense. Under the state of emergency enacted on March 27, 2022, which the government instated following a devastating spike in homicides, a person can be arrested and held without charges for up to 15 days.

As of the end of April, more than 17,000 people, some as young as 12 years old, and predominantly from poor neighborhoods, have been arrested. Human Rights Watch estimates that 6,000 are detained without charge.

Since President Bukele came into office in 2019, the size and scope of the military has expanded dramatically – a direct violation of the 1992 Peace Accords – including a military budget higher than any point during the 12-year civil war.

The U.S. remains the largest foreign supporter of the Salvadoran military and police.

Take Action: Tell Congress to suspend U.S. support for military and police forces in El Salvador in the FY2023 budget until human rights violations are addressed.