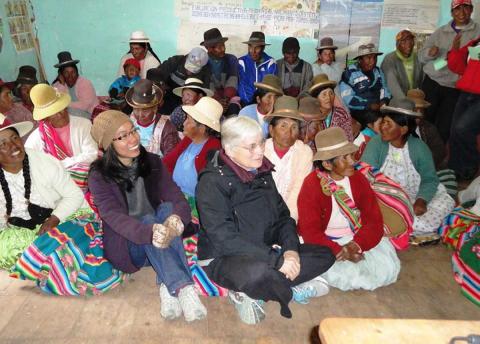 Peru is facing a moment of deep political turmoil, including the massacre of dozens of mostly indigenous citizens in the long marginalized southern region of the Andean country. Since a controversial change of government last December 7, protesters have been met by extreme violence by security forces, leading to more than 50 deaths, 600 serious injuries and hundreds of arbitrary detentions.

Communities enraged by the violence took their concerns to the capital city of Lima this past weekend, where further government repression has been unleashed, leading to more deaths and injuries.

“The root cause of these protests are the 500 years of exclusion and racism toward indigenous communities,” said Sr. Patricia Ryan, MM in an interview with Epicenter TV. “Every time the Aymara, Quechua and Uru people raise their voices, they are labeled as terrorists. This burns.”

Take action: Sign a Petition to the U.S. State Department

Please join us in calling on the U.S. government to reject the disproportionate and excessive use of government force against protestors in Peru and condemn the use of stigmatizing language against indigenous citizens, which enables this brutal repression.