Call on Biden to Close Guantanamo 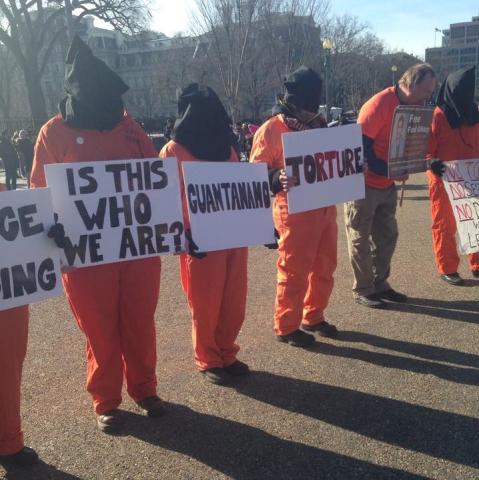 January 11th marks the 21st anniversary of the establishment of Guantanamo. Today, the prison holds 35 prisoners, 20 of whom have been have been cleared for release. The prisoners remain in a legal limbo and many are still suffering from the physical abuse of torture from two decades earlier.

We condemn the prison's continued operation as a direct violation of Catholic Social Teachings against punitive detainment devoid of any rehabilitation and in violation of the prohibitions against torture.

Tell Biden to close Guantanamo using the form below;

Read and share the prayer for the closing of Guantanamo, hosted on the National Religious Campaign Against Torture website, and

Join us for a rally to Close Guantanamo:

The 790 prisoners of Guantanamo in its history were held, most of them without charges, in conditions that the International Committee of the Red Cross called "tantamount to torture." Other more overt acts of torture in Guantanamo have been documented in leaked memos, with varying levels of horrific detail. Seven prisoner deaths have been attributed to suicide.

At the price tag of half a billion dollars annually, the United Stated Department of Defense continues to maintain this symbol of torture to no purpose. It is well past time to Close Guantanamo.