Ask Congress to exclude miltiary aid to El Salvador in 2023 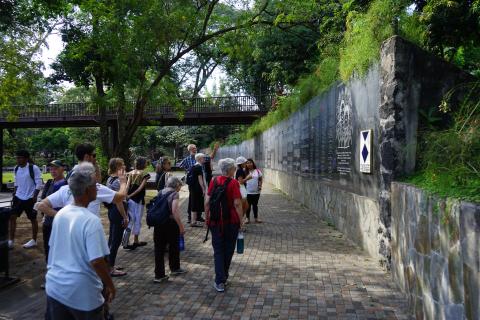 Today, December 10, we commemorate Human Rights Day. Our focus this year is on the state of El Salvador, which has seen some remarkable improvements rolled back by a new form of government oppression. Under the pretext of cracking down on gang violence, the president of El Salvador issued a policy called the "state of exception" which has allowed for imprisonment and denial of due process on a massive scale. This Human Rights Day we are asking that the U.S. government discontinue its funding of country's military while these abuses continue.

Read the reflections from the Day of Roses December delegation to El Salvador for the anniversary of the church women martyrs.

Read the News Notes article by a returned Maryknoll Lay Missioner about the state of exception in El Salvador.

Photo by Mark Coplan courtesy of the SHARE Foundation.