The Maryknoll Office for Global Concerns (MOGC) follows issues affecting women because in most societies, in general, women endure a lower status than men. Since women comprise half of the world’s population, this gender inequality remains one of the major challenges for global justice and peace. Gender inequality and the lack of implementation of women’s rights is based mainly in cultural traditions, but is reinforced by poverty, lack of opportunities, armed conflict, and migration, among others. Full recognition of women’s rights and dignity brings positive effects to communities.

Our framework for this work are the UN Convention on the Elimination of all Forms of Discrimination against Women (CEDAW), adopted in 1979, along with its Optional Protocol adopted in 1999; and the Beijing Platform for Action, adopted in 1995.

The CEDAW is legally binding, meaning that countries that ratify this treaty have to review their legislation to match CEDAW’s provisions. (The U.S. has not ratified CEDAW, despite being a major player in the drafting process of this treaty.) The Beijing Platform for Action is not a treaty, but is a major agreement on actions to which governments committed in order to advance the status of women worldwide.

The MOGC links Maryknoll work’s in the field with global issues and promotes the direct participation of Maryknoll members and their local coworkers in UN gatherings: global meetings and regular sessions, especially the annual session related with the UN Commission on the Advancement of Women. To reverse gender inequality, we give special attention to the girl child through the UNICEF/NGO Working Group on the Girl Child.

Learn more at UN Women, the United Nations entity for gender equality and the empowerment of women. 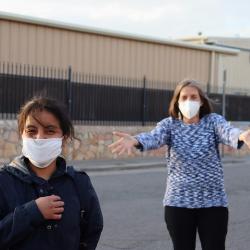 Statement calling for the immediate release of children and their parents from immigrant detention centers.

Maryknoll Lay Missioner Kathy Bond in João Pessoa, Brazil, interviewed indigenous women and women invited to participate in the Synod on the Amazon.

A Native American woman medicine healer shares what she would say, if given the opportunity, to Pope Francis and the Catholic bishops and auditors meeting in Rome for the Synod on the Amazon, regarding the value of indigenous spirituality and traditions in helping to heal our broken world.

Sister Roselei Bertoldo, ICM, offered the following comments on the concerns of women and indigenous communities in the Amazon just days before traveling to Rome to participate in the Synod on the Amazon.

On Friday July 12th, 2019, Lights for Liberty: A Vigil to End Human Detention Camps, will bring thousands of Americans to detention camps across the country, into the streets and into their own front yards, to protest the inhumane conditions faced by refugees.

Lights for Liberty will organize 5 main events in the following cities:

The global community gathered at the United Nations in New York in May to take action on behalf of the world’s forests. The following article was published in the July-August 2019 issue of NewsNotes. 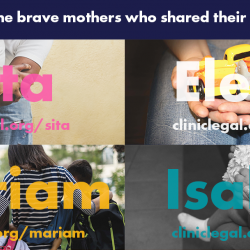 In honor of Mother’s Day 2019, CLINIC has collected the stories of four mothers who have gone through or are currently going through the asylum process. It is our hope that these stories illustrate the experience of motherhood under extreme circumstances, and how they are connected by perseverance, love, and hope. 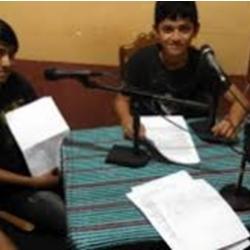 Kathy McNeely, a returned Maryknoll Lay Missioner who lived and worked in Guatemala, reflects on the important gifts offered by the prophets among us. 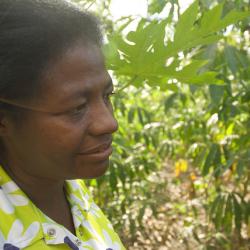 Maryknoll Lay Missioner Kathleen Bond in Brazil reflects on the saints among us on this holy day. 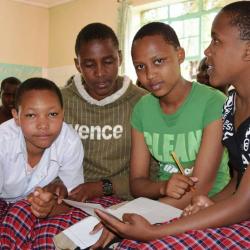 The 62nd session of the Commission on the Status of Women took place at the UN in New York from March 12-23. Representatives of member states, UN entities, and NGOs from all regions of the world attended. A total of nine Maryknoll Sisters, including Srs. Marvie Misolas, Veronica Schweyen, and Mary Ann Smith, were participants. 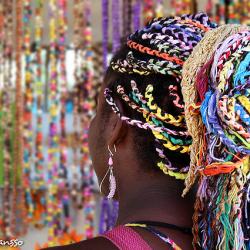