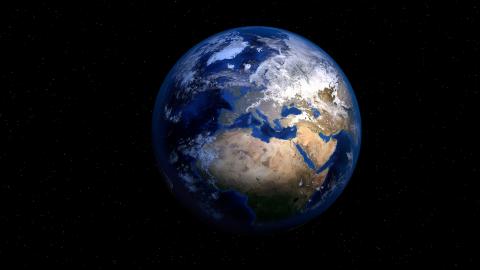 The Maryknoll Office for Global Concerns calls the Trump Administration's move to formally withdraw from the Paris agreement "unconscionable."

On November 4, the Trump Administration submitted the instruments to officially withdraw from the Paris agreement, the agreement made between 197 countries to address global climate change. The United States will be formally withdrawn from the agreement exactly one year from today. In response to this announcement, the Maryknoll Office for Global Concerns released the following statement:

“We are profoundly saddened that the Trump Administration intends to pull the United States out of the Paris agreement despite the mobilization of people – especially younger generations – across the country and the world clamoring for climate justice.

Since President Trump threatened to leave the agreement in 2017, the scientific evidence for climate change has only grown, painting an even more dire picture of the ecological and social effects of climate change in a shorter timeframe than we previously thought.

Maryknoll Fathers and Brothers, Sisters and Lay Missioners also witness the growing evidence on the ground in the countries where they serve, such as more intense droughts in Central America and East Africa, fires in the Amazon and Indonesia, and powerful storms in Asia and the Caribbean. These climate-related events are exacerbating hunger, conflict and global migration.

As the largest historical emitter of greenhouse gases, it is unconscionable that the United States is pulling back from the Paris agreement and rolling back other climate policies meant to protect our common home and the communities hit first and worst by climate change.”

Image by PIRO4D from Pixabay.