Maryknoll responds to Obama’s decision to defer deportation for millions 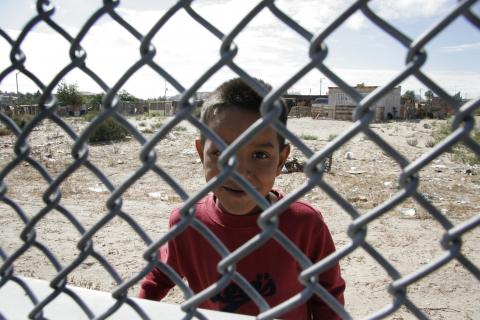 November 21, 2014 -- The Maryknoll Office for Global Concerns congratulates President Obama for his announcement to take executive action to provide protection from deportation for possibly five million undocumented persons, including the parents of U.S. citizens and legal permanent residents, as well as young immigrants who were brought to the U.S. as children. This declaration is welcome news for those millions of immigrants in the U.S. who have lived “in the shadows,” afraid to fully participate in society.

We are disappointed, however, that the move does not extend to a wider circle of immigrants – including parents of those who received protection under the Deferred Action for Childhood Arrivals (DACA) program, an executive decision in 2012. (The White House explains that it would be impossible to build yesterday’s executive action on top of another executive action.)

We also are deeply concerned about the continued militarization of the U.S.-Mexico border. Yesterday’s announcement greatly increases the size of Customs and Border Protection (CBP, Border Patrol). The Southern Borders Communities Coalition (SBCC) writes, “Already our nation’s largest law enforcement agency, [CBP] is widely recognized as out of control and in urgent need of reform.

“Previous hiring surges, not met with commensurate oversight and accountability mechanisms, have greatly undermined the safety of our communities and the security of our nation. To send more border agents that Border Patrol leadership itself has stated it does not need or want, would condemn yet another generation of border residents, both immigrants and citizens alike, to live under the boot of militarization. … [SBCC calls] on the President to use his authority to address CBP’s rampant abuse and impunity instead of calling on Congress to double the number of border agents.”

Pope Francis has denounced hostility and suspicion toward migrants, noting that these “conflict with the biblical commandment of welcoming with respect and solidarity the stranger in need. … Jesus Christ is always waiting to be recognized in migrants and refugees, in displaced persons and in exiles, and through them he calls us to share our resources.” Maryknoll missioners themselves are voluntary migrants, and depend upon the hospitality of strangers in Asia, Africa and throughout the Americas as they serve marginalized communities. In crossing borders, they experience global solidarity and celebrate cross-cultural community.

Despite disappointments in some aspects of this announcement by President Obama, we remain grateful for his effort to welcome the strangers in our midst and celebrate the beauty in the diversity of our society. As Pope Francis commented on the day after the president’s announcement, “Migration is still an aspiration to hope.”