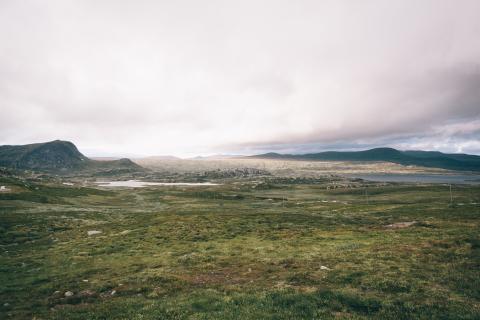 We are dismayed and angered by TIAA’s recent statement that it will address climate change by making its General Account “Net Zero” by 2050. It is alarming on four counts:

1. The target of 2050 is far, far too late for a climate crisis that is destroying our planet now.

TIAA writes that “climate risk is an investment risk that we must manage over time...to achieve the best possible investment outcomes for our clients.”

“Climate risk” is deceptive. It suggests that there is some chance of future danger, which can be managed. But climate harms are already a certainty, causing severe storms, droughts, and wildfires, wiping out crops that nourish human communities and ecosystems that support tens of thousands of species.

The financial world has fixated on 2050 as a target, but the Intergovernmental Panel on Climate Change has stressed the urgency of dramatically reducing emissions by 2030. If we do not cut emissions by 45% worldwide in this window, irreversible feedback loops will massively accelerate global warming and climate destruction, making much of the planet uninhabitable.

TIAA is explicitly focused here on only one kind of risk—return on investments. The language makes it explicit that TIAA does not recognize a humanitarian emergency and does not register the destruction that does not show up on its balance sheet. Since TIAA has been in business for a century, its long traditions of investing in fossil fuels have led to an outsized contribution to climate change. For this reason, the company must take outsized action to mitigate climate change and decarbonize the economy.

2. TIAA has pledged a vague shift in just a small fraction of its total assets.

TIAA states: “The $280 billion insurance investment account that supports the flagship TIAA Traditional annuity will significantly reduce the carbon footprint of its investments.”

Since TIAA manages the retirement accounts of over five million people, worth over $1 trillion, the TIAA Traditional annuity is only about a quarter of its total assets. This statement implies that the other $700 billion could continue to be invested in the fossil fuel and deforestation companies that are the most serious contributors to the current climate catastrophe.

“Significantly reduce” is deliberately vague, and since TIAA’s investments include hundreds of millions of dollars in the world’s most destructive fossil fuel companies, such as Exxon Mobil, Enbridge, Adani, and Valero, it prompts us to ask whether TIAA will merely “reduce” its investments in some of these, enabling others to continue extracting and burning fossil fuels in the middle of an ecological crisis. Why is there no specific target? Why invest in fossil fuels at all, which have been a bad investment for a decade and are only projected to continue to decline?

As the financial industry begins to wake up to its complicity in this existential crisis, and hundreds of institutions are divesting from the companies that continue to extract and pollute, TIAA is far from a leader. It is in fact only barely following the pack.

3. The goal of “Net Zero” is dangerously misleading.

TIAA states that it plans to reach “Net Zero” by “balanc[ing] any remaining emissions with investments that remove carbon.”

“Balancing emissions with investments that reduce carbon” is the latest technique of greenwashing, a way to continue to pollute without in fact reducing emissions at all. Companies that plan to “offset” their carbon emissions in order to reach “Net Zero” are relying on the unproven promises of technologies like “Carbon Capture and Storage” or “Nature-Based” carbon sequestration. These projects have no record of significantly reducing emissions, and may in fact increase them, since they often rely on systematic deforestation and industrial agriculture, which is actually very high in emissions. These proposed offset plans typically call for large tracts of land, which means that companies will continue to engage in land grabs and human rights violations.

4. TIAA has a record of destructive land stewardship.

TIAA is one of the largest owners of farmland and timberland on the planet, with substantial investments in high-emission agriculture and short-lived industrial plantations. TIAA claims to want to sequester carbon on these lands to reach “Net Zero,” but the company has been linked to land grabbers in Brazil who have threatened and displaced communities, and its land acquisitions within the United States have accelerated the corporate control over farmland, threatening family farms. Black farmers have been especially hard hit. As Indigenous leaders have made clear, land grabs in the name of carbon capture are a false solution: they increase emissions, devastate biodiversity, and displace communities.

TIAA must reach zero emissions, not “Net Zero,” which is a smokescreen that allows TIAA and others to go on polluting as much as ever.

Given these alarming facts and deceptions, we the undersigned demand that TIAA take the following meaningful actions immediately:

2. Divest from the Cricket Valley fracked gas power plant. TIAA is the largest single owner of CVE, a new, heavily polluting, fracked-gas power plant which TIAA has built against the wishes of the low-income rural community where it is located. CVE was permitted before the massive fugitive methane emissions from fracking operations, pipelines, and compressor stations were understood. Methane is 86 times worse than CO2 in terms of global warming.

3. Enact an immediate moratorium on all new investments in farmland, timberland, and industrial agriculture production. TIAA has over $10 billion invested in farmland and timberland for industrial production that have been linked to land grabs and deforestation and are supporting an unsustainable model of agriculture, including those that produce palm oil, paper/pulp, rubber, timber, beef and soy, and billions more in consumer goods companies that use these commodities. TIAA cannot seek to reduce its climate impacts by grabbing more land.

4. Commit to full transparency. TIAA is claiming to be transparent and accountable by participating in such groups as the Task Force on Climate-Related Financial Disclosure and planning to release a report on its climate impacts. But this Task Force is made up entirely of financial industry insiders. TIAA must also consult with the communities impacted by climate change and land grabbing and with scientists and other researchers who are experts on the climate crisis, and it must report publicly on its progress. TIAA has never made a clear public statement demanding accountability from the companies it finances. TIAA also needs to be 100% transparent about which lands it has acquired and return lands to communities in cases where it had earlier been grabbed from legitimate rights holders or grabbed from the public lands before being sold to TIAA, or purchased in violation of national laws.

5. Work with a panel of independent scientific and human rights experts and community stakeholders to assess and report on TIAA’s climate and social impacts. TIAA should be accountable to a special Advisory Council on the climate crisis, with experts in science, human rights, and other relevant fields nominated and elected in a transparent and open process involving all participants.This Council would be responsible for assessing and publicly reporting on TIAA’s climate and social impacts.

6. TIAA must divest from all current fossil-fuel investments and activities. TIAA has approximately $8 billion invested in fossil-fuel companies. Divestiture of these investments must include any and all parts of the fossil-fuel supply chain from exploration and extraction through transportation, refining, distribution, wholesaling, and retailing.

In recognition of the current state of climate emergency, TIAA must complete divestiture by December 31, 2025.

The following organizations have reviewed and signed on to this letter:

Biofuelwatch Businesses for a Livable Climate

CA Businesses for a Livable Climate

CO Businesses for a Livable Climate

Friends of the Earth United States

Friends of the MST (US)

Friends of the Siberian Forests (Russia)

NOAH (Friends of the Earth Denmark)

People for a Healthy Environment

Spirit of the Sun

Texas Campaign for the Environment