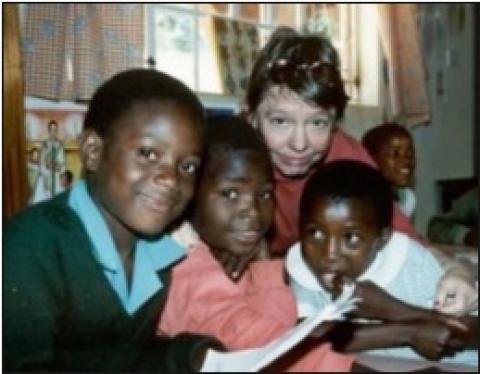 On June 8, member states at the United Nations General Assembly High-Level Meeting on Ending AIDS adopted the “Political Declaration on Ending AIDS.”  The document is a blueprint that will guide action to accelerate ending the HIV/AIDS epidemic by 2030.

“The decisions made here,” Michel Sidibe, executive director of UNAIDS said, “including the commitment to zero new HIV infections, zero AIDS related deaths and zero discrimination, will provide the springboard for the implementation of an innovative, evidence-informed and socially just agenda that will end the HIV/AIDS epidemic by 2030.”

To achieve these goals, however, specific timebound targets named in the declaration must be reached by 2020. While everyone present was in accord that eliminating HIV/AIDS from human life is a priority, reservations still remain around certain terminology. HIV has cultural, religious, and legal implications because of its sexual mode of transmission which touches on not only cultural mores but also legal statutes.

As we closely examine the concerns expressed in the declaration, we believe it necessary to engage the question about the value of human life in a world plagued by HIV/ AIDS. Affirming life means uniting and sharing resources to end the world’s worst global epidemic,  that which Nelson Mandela once described as “worse than a war.” To end the suffering of those who have HIV/AIDS, we need to change attitudes that stigmatize and discriminate against those affected by the disease.

Loyce Maturu, a young woman from Zimbabwe who has lived with HIV/AIDS most of her life, spoke about her experience with those present in the General Assembly. Loyce’s story is like that of many orphans and young people who, after losing their parents, become victims to verbal as well as physical abuse and suffer from feelings of hopelessness and even suicidal tendencies.

Loyce’s experience in Zimbabwe is one example of the stigmatization, discrimination, violence, and abuse surrounding the HIV/AIDS epidemic that are enabled when a society reacts with fear and a legal system safeguards tradition, cultural norms, and religious beliefs above its duty to protect the integrity of human life. This is a worldwide phenomenon that those living with HIV/AIDS bear when others know their status. Unless affected people are fortunate enough to find a listening ear, as Loyce did, they may lose hope.

The declaration raises concerns about the increasing rates of infections in some regions, especially sub-Saharan Africa and the Caribbean. Infection rates are high in these regions, especially among women and girls of childbearing age. Middle and low income countries also have high incidences of HIV infections that could worsen if the epidemic continues.

HIV/AIDS is a social disease that requires a joint effort. People of faith have cared for those affected by HIV and continue to do so in the spirit of Christ who said, “I desire mercy not sacrifice” (Mt9:13). This attitude challenges those legal frameworks that maintain the status quo while neglecting to protect the integrity of the human person.

Small beginnings can result in large achievements in the same way that Maryknoll Sister Kathleen Barbee’s project has done for AIDS orphans in Zimbabwe. The Mavambo (Genesis) project has brought new life for children orphaned by AIDS, some of whom themselves live with HIV/AIDS and would not have had the chance to return to school if not for Sister Kathleen’s project. The project does not violate any cultural or religious norms and it offers the children hope for full lives.

Faith in action: Watch a video of an interview with Maryknoll Sister Kathleen Barbee about her ongoing work helping children with HIV/AIDS in Africa: https://youtu.be/R3-COyTCvo0