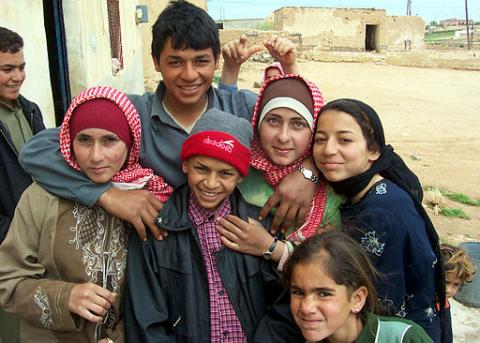 The following article examines the response by the United Nations to the increasing number and growing intensity of armed conflicts that have rendered parts of the world unsafe for children. This article was published in the September-October 2016 issue of NewsNotes.

In August, at the United Nations in New York, Ban Ki Moon, the United Nations Secretary General presented a report to the UN Security Council on the situation of children in armed conflict. His Special Representative on Children and Armed Conflict, Leila Zerrougui, also presented a statement that strongly condemned the use of children as fighters; as well as the atrocities committed against children who suffer injury, maiming, raping, starving and are forced to flee from conflict.

As witness to the bombardments in Aleppo and other parts of the world where violent conflicts continue to inflict harm upon children, the picture of Omran Dagneesh, a five-year-old Syrian boy, dominated news reports in August. His bleeding and wounded face spoke of the suffering that many children around the world continue to endure as the result of wars waged by government forces as well as by insurgents. It is the duty of the Security Council to stop the violent confrontations of government and armed groups who in their pursuit for political power are trampling upon the human rights of children.

In her 1996 groundbreaking report, “Impact of armed conflict on children,”Grac’a Machel, an expert of the Secretary-General and former Minister of Education of Mozambique, described the devastating impact of war on girls and boys. “More and more of the world is being sucked into a desolate moral vacuum,” Ms. Machel wrote. “This is a space devoid of the most basic human values, a space in which children are slaughtered, raped, and maimed; a space in which children are starved and exposed to extreme brutality.”

Twenty years later children are suffering even more than before because changes in tactics that do not distinguish between civilians and combatants. It is inhuman to target residential areas, schools and hospitals that used to be safe havens for civilians especially for children. As an example of such unscrupulous practices, thousands of Syrian children like Omran Dagneesh have been wounded and others have lost their lives in a war that has been going on for the last five years.

Since the UN started systematically documenting civilian casualties in 2009, violent confrontations have resulted in the highest number of child deaths and injuries in Afghanistan. In Somalia, violence against children has risen by 50 percent; and in South Sudan abominable human rights violations have been committed during military offensives against opposition forces. In 2015 alone six times as many children have been killed in Yemen compared to the number killed in 2009, while five times as many were recruited into joining security forces. The conflicts between Israel and Palestine continue to end the lives of innocent children. Under such conditions people are forced to flee their homes and their countries in search of the basic need of safety, but where will they find safety? Who will welcome them?

Heads of governments who will gather at the UN Summit on Refugees and Migrants on September 19 need to find ways to stop conflicts if people are to remain in their countries of origin and not flee from violence and conflict. This requires that they engage in an honest dialogue and find effective solutions to the problem of violent conflicts. Responding to violence with violence will only exacerbate the problem.

Hopefully President Obama’s Leaders’ Summit scheduled for the following day will generate the political will needed to end the crises and end the violence against children who, as the Machel report states, have no part in warfare but can be as the report states “a unifying force capable of bringing people to a common ethical grounds. [They] are the reason for the struggle to eliminate the worst aspects of warfare.”

Faith in action: Sign a petition by UNHCR asking UN member states to do their fair share for refugees at the UN Refugee and Migrants Summit on September 19: http://www.unhcr.org/refugeeday/us/petition/

Photo: Bedu children in Aleppo, Syria. Photo by James Gordon from Los Angeles, California and licensed in the creative commons 2.0 via wikimedia.