The Trump effect on the environment 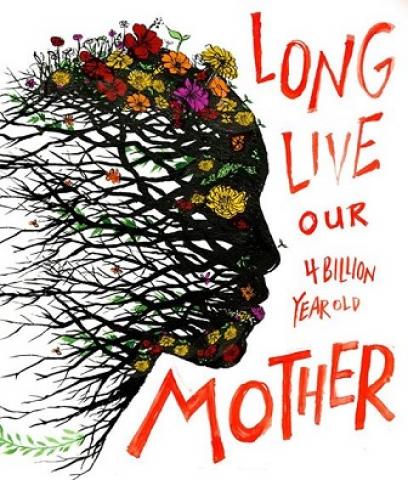 Over the past several months, President Trump has appointed staff and made changes to environmental regulations that affect U.S. efforts to address climate change, protect public lands, and ensure clean air and water. The following article was published in the May-June 2017 issue of NewsNotes.

By appointing Scott Pruitt to head the Environmental Protection Agency – a man most known for suing the EPA while Attorney General of Oklahoma – President Trump has laid out a vision for the EPA that contradicts its mission. When Pruitt addressed EPA staff and the media in February, he spoke mostly about protecting jobs, industry and "the marketplace." But the EPA’s basic mission is to protect human health and the environment. Pruitt went on to say that he will seek dialogue and compromise to address issues related to "our environment and natural resources."

Since Scott Pruitt became administrator, the EPA staff has been silenced, pages about climate change on the EPA website have disappeared, and major cuts to staffing and budget have been proposed to what is already a financially strapped agency. President Trump’s budget proposal for fiscal year 2018 reduces the EPA’s budget to $5.7 billion from the current $8.1 billion. It also includes an overall cut of 25 percent of the current federal workforce, which would eliminate or severely curtail entire programs.

Programs slated for elimination include anything climate change related (including international programs); programs regulating or policing pesticides, toxic chemicals and related pollution; the Energy Star Program, which allows industries to include an energy efficiency certification on appliances; scientific research; the environmental justice office and other programs that benefit communities in Appalachia, low-income communities, communities of color, tribal nations, and much more.

One test of Pruitt’s commitment to science and the environment was his recent decision to ignore scientific evidence and recommendations previously supported by the EPA to ban the pesticide Chlorpyrifos. Pruitt argued that more research is needed. He had until the end of March to make a decision in accordance with a court order. The EPA will now face another lawsuit for failing to ban the chemical linked to cognitive impairment in children and farmworkers. Chlorpyrifos is still one of the most widely used pesticides on farm fields.

President Trump has also issued several executive orders that up-end plans from the Obama administration that are critical to meeting our commitments to the Paris climate agreement.

First, on March 15, President Trump instructed the EPA to review the planned increase in fuel economy standards for cars and trucks by 2025. In 2009, the government set a fuel economy standard of 34.1 mpg for cars and light trucks by 2016. In 2012, it set a new target of 54.5 mpg by 2025. Since the rules went into effect, the consumption of gas has declined and the U.S. auto industry has revived. Cars are contributing less to climate change and poor health outcomes associated with emissions.

Then, on March 28, the Administration announced an executive order to review and rewrite the Clean Power Plan rule. The plan, which is a key part of the U.S. commitment to the Paris climate agreement, was set to go into effect in 2021. It instructed states to replace coal-fired power plants with natural gas, wind, coal and hydroelectric energy infrastructure which would create jobs, improve health, and reduce emissions. The plan set targets for states to reduce their carbon emissions and gave them flexibility in terms of how they achieve these goals. Many states, including states that sued the EPA over the regulation, were already on their way to achieve the targets set in the plan.

On April 26, President Trump signed another executive order directing the Department of Interior to review all national monuments larger than 100,000 acres. Many of these monuments are located on land sacred to indigenous communities and which contain reserves of coal, oil sands, natural gas, and other minerals that industries would like to extract. Monuments mitigate climate impacts by keeping fossil fuels in the ground or protecting forests.

All of these actions have global consequences for clean water, air, and climate change.

Faith in action: Submit your comments on these changes to the EPA at http://bit.ly/EPAregulationscomments