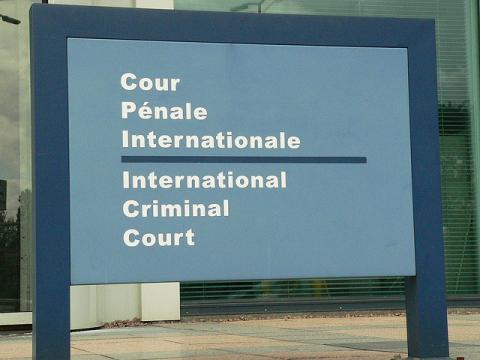 The following article appears in the July-August 2015 NewsNotes.

This past March was the 10-year anniversary of the United Nations Security Council’s referral of the genocide in Darfur to the International Criminal Court (ICC). The ICC pursued the case, investigating the estimated 300,000 deaths and over two million people displaced by Janjaweed militias supported by the Sudanese government. The court indicted Sudanese President Omar al-Bashir, among other members of his government, in 2009 and 2010 for crimes against humanity, genocide and war crimes. To this day, President Bashir remains in power and has not been brought to justice, and the killing and displacement of Sudanese by their own government is again on the upswing.

To renew awareness of the ongoing conflict in Sudan and overcome what one panelist called "compassion fatigue," the Washington Working Group on the International Criminal Court (WICC) (of which MOGC is a member organization) hosted a congressional briefing sponsored by Senators Mark Kirk (R-IL) and Chris Coons (D-DE) on June 23 called "The Crisis in Sudan: Prospects for Justice and Peace." Before a crowded room, the panel was moderated by Dan Sullivan, director of policy and government relations at United to End Genocide. Speakers included Omer Ismail, a Darfuri who fled Sudan in 1989 because of his political views and is now senior advisor with the Enough Project; Raymond Brown, president of the International Justice Project and legal representative of Darfur victims at the ICC; and Jana Ramsey, policy advisor at the U.S. State Department.

Ismail focused on the current situation in Sudan – the worst it has been since the height of the genocide in 2003-4 – with the Janjaweed militias renewing a "scorched earth policy" of attacking villages in Darfur, displacing an additional 200,000 people in 2015 alone. The Sudanese states of South Kordofan, Blue Nile, and the disputed town of Abyei have all been the targets of similar bombing and "scorched earth" campaigns since 2011, when South Sudan officially gained independence from Sudan. Seventy-five percent of the former Sudan’s oil reserves are now part of South Sudan, which, combined with opposition from many pro-South Sudan villages in the border regions, has incited Bashir’s government to attack its people in this area as well, displacing one million Sudanese since 2011.

Ismail highlighted the powerlessness of UNAMID – the UN and African Union joint mission in Darfur – to carry out its peacekeeping mandate and protect the civilians of Darfur when the Sudanese government constantly monitors their actions and restricts the importation of humanitarian supplies. He gave a tragic example of an attack last October in Tabit, where Sudanese soldiers raped over 200 women in two days. Human Rights Watch (HRW) investigated and released a report of the incident, with 27 firsthand accounts of rape and "credible information" on 194 others. HRW called on the UN to conduct its own investigation, after which UNAMID reported that they did not find any evidence in support of the HRW allegations. Ismail pointed out that an internal report stated that UNAMID staff complained of interference by the government, who accompanied them on their investigations and intimidated witnesses – who unsurprisingly did not have anything to report. While Bashir openly calls for an end to the UN mission, Ismail recommended a renewed effort to protect civilians and an overhaul of the mandate to give the UN a more "robust enforcement mechanism." He also called for renewed dialogue between the UN, important international stakeholders, the Sudanese government, and moderate opposition forces to begin immediately. During the question and answer period of the briefing, an upset audience member introduced himself as a Darfuri opposition party member and challenged Ismail’s recommendations: "How can we dialogue with criminals," he asked, and how can a UN mission carry out peacekeeping when there is "no peace to keep"?

Representing the State Department, Jana Ramsey reiterated several times the U.S.’s strong support for the ICC on a "case by case basis." While 123 states are parties to the Rome Statute, the governing treaty of the ICC, the U.S. is one of 31 states that has signed but not ratified the treaty. In fact, the U.S. is one of three states (along with Israel and Sudan), which has since notified the UN they do not intend to become member states. When an audience member suggested the U.S. should be putting more pressure on the UN and the international community to enforce the ICC’s indictment of Bashir, Ramsey stated the U.S. has been doing "everything it can given its capacity," noting that the support for the court is quiet but there. The audience and fellow panelists refrained from pushing Ramsey on the point that the U.S. could not be doing more – since it has the option of ratifying the Rome Statute and becoming a member state of the ICC, further empowering the court.

Raymond Brown began his remarks with a horrifying quote from a statement he submitted to the ICC on behalf of a Darfuri victim, which described an attack by a Janjaweed militia on a village which left a pregnant woman and her unborn baby murdered then burned in her home. Brown mainly focused his remarks on Bashir’s June 13 trip to South Africa for an African Union summit which received extensive media attention after a court in Pretoria issued an order to detain Bashir in the country until they could determine if he should be arrested for the ICC allegations. Meanwhile, the South African government allowed and facilitated his flight from the country in direct contradiction to its own court’s ruling. Brown noted that the incident again raised the issue of the powerlessness of the international court without the support of its member states, like South Africa, to enforce its rulings. However, it also raised awareness and brought much-needed attention back to this 10-year-old case, Brown said. He expressed appreciation to the large audience who attended the briefing. It is a challenge to the Rule of Law that requires UN sanctions, according to Brown, and simultaneously an empowerment of it. Ramsey echoed Brown: Bashir is "traveling but he is not winning."

Moderator Dan Sullivan ended the panel by summarizing the panelists’ lamentations of the "awful impunity" shown to Bashir repeatedly in the six years since he has been indicted, and the enduring conundrum of how to strengthen the court and enforce its rulings so it may be an effective mechanism for combatting and deterring crimes against humanity, such as genocide. The silver lining is that more attention is given now than 10 years ago to this and other cases of mass atrocity, and civil society around the world is more engaged – as evidenced by the pressure people have been putting on their governments to pay attention to this and other large-scale violations of human rights.