The power of lawsuits in fossil fuel divestment 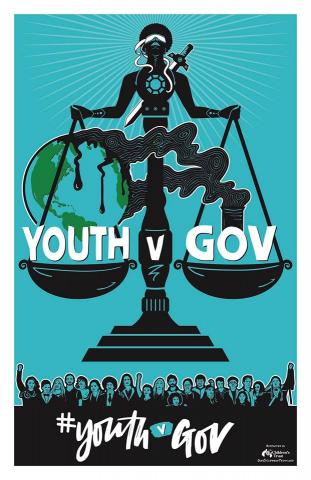 The following article examines financial dangers facing fossil fuel companies due to climate change lawsuits and was published in the January-February 2019 issue of NewsNotes.

Beyond the real threat to the valuation of fossil fuel companies due to the carbon bubble, there is a myriad of lawsuits around the world that threaten to bring notable costs to the oil and gas industry, both in dollars and reputations. Many of these lawsuits took shape after two investigative reports were released in 2015 – one by Inside Climate News and the other the Los Angeles Times – which laid bare layers of deceit in the industry about the impact of fossil fuels on the climate.

The reports showed, through internal documents and interviews with employees, that for decades, Exxon had proof that burning fossil fuels was causing climate change yet the oil giant maintained publicly that the evidence was unclear.

At the same time, Exxon was “quietly incorporating climate change projections into the company’s planning and closely studying how to adapt the company’s Arctic operations to a warming planet.”

Since then, the number of lawsuits related to climate change has grown exponentially. Some are directly against fossil fuel companies while others focus on governments and their responsibility to follow international commitments and protect current and future generations.

The first legal challenge began in 2015 when a group of youth, together with the Our Children’s Trust organization, sued the U.S. government for threatening the fundamental Constitutional rights to life and liberty of future generations due to its inaction in mitigating climate change. Since then nine similar lawsuits have been launched at the state level.

Soon after the release of the investigative reports, New York, Massachusetts, and the Virgin Islands began investigations of Exxon using subpoena power. Beginning in 2017, eight cities and counties in California, along with New York City and municipalities in Colorado and Washington state, have filed civil lawsuits against several oil and gas companies. The cases make a range of arguments from negligence and public nuisance for hiding inherent dangers and engaging in massive campaigns to consume more of their products to disinformation campaigns. The cities and states want compensation for financial costs from the impacts of rising sea levels and other effects of climate change. Some of these suits are similar to the tobacco industry lawsuits in the 1990s in which tort lawyers used “failure to warn” and “design defect” arguments in the hopes of large payouts.

According to Patrick Parenteau, senior counsel in the Environmental and Natural Resources Law Clinic at Vermont Law School, these cases face long odds. "There are very, very few judges that would be willing to push these climate issues in court," Parenteau said. "But all roads lead to the Supreme Court, and that's where it would die." Though in November, the Supreme Court denied the Trump administration’s request to dismiss Juliana v. United State, the youths’ lawsuit.

While these cases face difficulties in court, two other types of lawsuits have more favorable odds. First, the New York attorney general and a shareholder in Texas are suing Exxon for providing shareholders “false misleading assurances that it was effectively managing the economic risks posed by policies and regulations it anticipated being adopted to address climate change.”

Second, a case filed in November pits crab fishers against 30 fossil fuel companies for financial losses due to warming ocean waters. This case is different, Parenteau  explains, “The ‘industry versus industry’ does put another spin on it," he told Inside Climate News. "This is real cold dollars and sense.” Other industries could come forward with similar lawsuits.

A May 2017 survey of climate change-related cases registered 654 cases in the U.S. and another 230 in 25 other countries. Courts in Colombia and the Netherlands have ordered their governments to protect forests and cut emissions. These cases have used human rights arguments, a new legal tactic. The survey noted seven trends:

The fossil fuel industry has responded forcefully with a number of countersuits and other tactics but these lawsuits, whether challenging corporations or governments, have the potential to have a drastic effect on the bottom line of fossil fuel companies.

Image: Poster in support of the youth plaintiffs in the case Juliana v. U.S.The children are taking the federal government to court for violating their constitutional rights by knowingly contributing to climate change. The science-based National Climate Recovery Plan the plaintiffs seek would end the reign of fossil fuels and lead to swift decarbonization. Learn more at https://www.ourchildrenstrust.org/