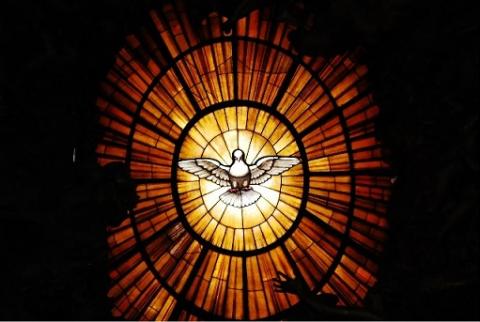 Researchers from the University of Arkansas invite people working as peacemakers around the world to take part in a survey entitled “Successful peacemaking: Effective tactics, peacemaker motivations, and the influence of religion in conflict resolution.”  The following is a summary of the key findings thus far that was published in the July-August issue of NewsNotes.

Researchers analyzed survey data from 95 international peacemakers considered “high priority” – defined as working in conflict zones or traveling there periodically – on their most effective strategies, greatest successes, motivations, commitment, and views on religion’s role in peacemaking. The most prevalent countries of peacemaking in the sample were: Columbia, Afghanistan, South Sudan, Israel, Iraq, Uganda, and Syria.

First, peacemakers most often find success through connecting with people in conflict areas. Peacemakers say dialogue is their most effective strategy, followed by empathy, capacity building, and education. Peacemakers see relationship building as the highest form of success they can achieve.

Second, peacemakers working in both religious and secular conflicts see religions as valuable for conflict resolution. In fact, individuals working in conflicts with a strong and visible religious space are more likely to see religions as a potential tool for resolution than as a cause of the conflict. Even those working in secular conflicts believe that religion is a potential solution in their work. Also, the use of religious tactics is the single greatest predictor of peacemakers’ belief in their future success.

Third, peacemakers’ level of commitment to conflict resolution is influenced by their motivations. Respondents to the survey were motivated most often by a sense of calling, followed by feelings of shared humanity, personal connection to the conflict, and a larger sense that war is wrong. While peacemaking is a demanding field of work with high rates of mental and physical exhaustion and burnout, the data from the survey show that those who are internally motivated to engage in peacemaking – by a religious calling or a sense of duty – are significantly more committed to their work than those who engage because of an external factor, such as a personal connection to the conflict. 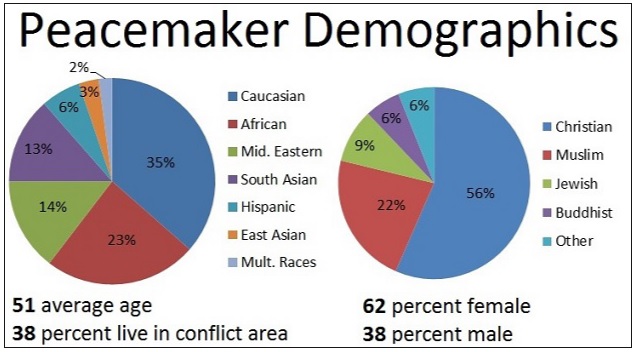 Faith in action: The survey is still active. To complete the survey in English, go to: www.surveymonkey.com/r/PeacemakingStudy.

For an infographic of the survey results, go to: http://bit.ly/PeacemakersInfographic.

For a six-page report, go to: http://bit.ly/PeacemakersReport.