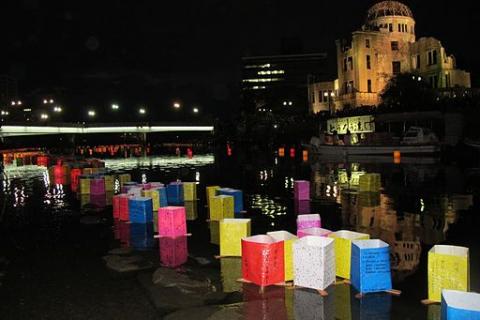 August 6 marks the anniversary of the atomic bombing of Hiroshima. Despite President Obama’s visit to Hiroshima in May, where he called for a “world without nuclear weapons,” nuclear weapon spending by the U.S. is at an all-time high. In May, Pax Christi International Washington Working Group (which includes the Maryknoll Office for Global Concerns) hosted a webinar entitled “Nuclear abolition and why we as U.S. Catholics should work for it at this time.” The following is an excerpt from the opening talk by Joan Chittister, O.S.B., and was published in the July-August 2016 issue of NewsNotes.

“Where has the spirituality of peace as we have known it in modern history come from? What has happened to it? And where are we now?

“The material is best framed by two proverbs: First, ‘If you don’t know where you are going, any road with get you there.’ In other words, life is a question of compass points, one of which is surely spirituality. But there have been times in history when other compass points have taken precedent – the compass point of power, money . . . Our compass point . . . is the life of Jesus . . . and our commitment to the coming of reign of God and our own personal responsibility to the building of the peaceable kingdom.” . . . “This means to say that the search for world peace has always been allusive. . . . We have always had to deal with factors that make it difficult if not impossible. Nevertheless, this search for peace has become more dangerous than ever and therefore, more urgent than ever and probably more universal than ever.

“During World War II, the peace reality that I was given was shaped by what the Church calls the ‘theology of the just war.’ They taught us that there was a clear difference between combatants and non-combatants, legal targets and illegal targets. They taught us that a fair fight was a just fight. To be fair, a fight had to be seen as proportional, meaning no army would use more than the amount of force necessary to deter evil or to control an enemy. We learned that wars were winnable and surrenders could be choreographed. We even prayed after Mass for the conversion of the enemy. It never crossed our mind to pray for our own conversion because we knew that justice was on our side and we kept the rules in a rule-based society, from Canon law to international law to national law. We were sure those rules were right.

“But then came Hiroshima. Hiroshima not only obliterated a city and all its citizens but it also obliterated the very possibility of proportionality. It destroyed the distinction between military and civilian targets. Hiroshima was wiped out, left a mass of black ash in minutes. The black ash was made up of civilians who lived in that city and were pursuing a normal day’s work. “This great nuclear weapon made no distinction between combatants and non-combatants because it extinguished the line between them. More than that, it extinguished the line between the moral and the immoral in warfare. If you could ever seek to make any kind of argument for the clear justification and morality of any war, it obliterated even the argument in favor of the just war theory itself.” . . .

“One weapon wiped out almost 2,000 years of thinking about what justice, if any, could be maintained in a wartime world. The immortality of war was clear for everyone to see. It wasn’t simply wartime now that was blatantly evil. Worse than that – it became a muddled peacetime that has left us up to our national max in destruction, a willingness to invent and apply devastation, a senseless approach to both friend and enemy alike.

“Nuclear weaponry and its commitment to mutually assured destruction, mutually assured immorality, mutually assured devastation of the globe, has drained the national economy and is blocking the world from human development. Nuclear politics threaten the life of the globe by either mass murder or conscious suicide. You can commit nuclear suicide – and aren’t we? And won’t it be? And can it ever be anything else?” . . .

“We still sit in the glow of the old theology that tells us that as long as we are ritually regular we are spiritual. While we pay for, applaud, and celebrate what is destroyed between us and it. And yet our compass point tells us that we see Jesus transcend both church and state to create a vision that goes beyond either a religious definition of life or the state’s claims to control life. But Jesus’ vision is to bring all life to fullness in God and to bring humanity to the fullness of what it means to be human –both of them summed up in one sentence: ‘Peter, put away your sword.’

“Power, force, domination, and destruction won’t do it but it does make clear the meaning of the second proverb that teaches that what we do is what we become spiritually. The proverb tells us ‘If we stay on the road we are on, we shall surely get to where we are going.’”

Faith in action:
Listen to a recording of the webinar in its entirety: http://bit.ly/PXINuclear.
Tell President Obama we need a world free of nuclear weapons: http://bit.ly/NuclearFree.

Photo: Lanterns float for miles along the Motoyasu River, as Hiroshima remembers those who lost their lives in the atomic bombing. Photo by CTBTO and licensed in the creative commons 2.0.