Laudato Si’ and the new economy 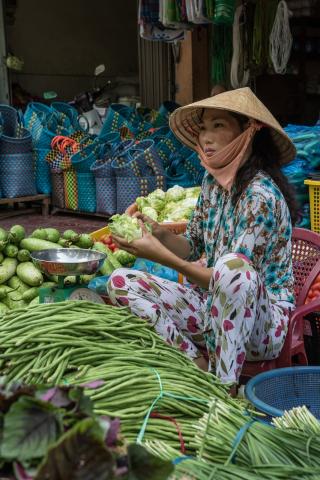 More than 900 people from 42 states and 22 countries met at the CommonBound conference in Buffalo, New York in July. Chloe Schwabe and Dave Kane of the Maryknoll Office for Global Concerns attended. This article was published in the September-October 2016 issue of NewsNotes.

The CommonBound conference brought together hundreds of forward thinkers to strategize how to build a new economy that is more inclusive, equitable and sustainable. As members of the New Economy Coalition, we all share an understanding that the current global economic system, which produces vast inequalities while destroying Earth’s bounty, must change. Many participants are already active in helping to birth a new economy through cooperatives, community-owned energy companies, benefit corporations, non-governmental organizations, churches and much more. We can look to Pope Benedict XVI and Pope Francis to help us understand why such initiatives matter.

Pope Benedict XVI, in his encyclical Caritas In Veritate, describes how our current system allows profit-oriented corporations to create inequalities which governments are left to manage. Mammoth corporations, with budgets larger than some small and even medium-sized countries, often exert undue influence on governmental policies and weaken or avoid regulations.

“Space also needs to be created within the market for economic activity carried out by subjects who freely choose to act according to principles other than those of pure profit, without sacrificing the production of economic value in the process,” Benedict says. (Caritas In Veritate, 37) He is referring to business models like those present in Buffalo: Cooperatives, where workers are the decision-makers of the enterprise; benefit corporations, in which social and environmental objectives are written into the charter; community-owned energy companies that provide sustainable energy in equitable ways; affordable housing and community development organizations, and more.

Churches are especially apt at helping in the construction of a new economy. Perhaps the best known example is the Mondragon experience. Started by Father José María Arizmendiarrieta in the Basque region of Spain, a single cooperative established in 1956 has flourished into an impressive collective of cooperatives with 75,000 workers around the world.

At the CommonBound conference, we discussed the role churches can play in the new economy as providersof “co-work spaces” where people working in separate businesses use common office space and materials. By leveraging the assets they have – buildings and office spaces that may sit unused or under-used during weekday work hours – churches can support people who work autonomously from home as part of the “gig economy” and may lack community and camaraderie. St. Lydia’s Church in Brooklyn, New York, which is affiliated with the Evangelical Lutheran Church in America, opened its space for such an endeavor and, besides making the congregation financially viable, has helped form a new supportive community. You can learn more on their website: http://stlydias.org/co-working/.

In Laudato Si’, Pope Francis highlights communities that are developing locally-controlled, self-sufficient, renewable energy systems. “This simple example shows that, while the existing world order proves powerless to assume its responsibilities, local individuals and groups can make a real difference.” (Laudato Si’, 179) A report by the Institute for Local Self-Reliance shows that locally-owned renewable energy companies provide almost three times as many jobs as with absentee-owned companies. They also keep money in the local economy, and provide economic benefits more than three times greater than absentee firms. In the U.S. some communities mobilizing to take control of their local energy production and distribution have formed an alliance called “Our Power Communities” to support efforts for locally-owned renewable energy systems.

An area of increasing importance in the new economy is the financing of alternative initiatives. “New forms of cooperation and community organization can be encouraged in order to defend the interests of small producers and preserve local ecosystems from destruction,” Pope Francis says. “Truly, much can be done!” (Laudato Si’, 180)

To that end, the Vatican recently held its second conference on “impact investing” which uses private, profit-seeking capital to address social justice challenges. The conference explored how charity-based church organizations doing aid and development work can open to investment capital and function more like social enterprises. You can watch videos from the conference at http://www.viiconference.org/multimedia/.§

Faith in action: Join an email listserv for discussion and action with the Faith, Economy, Ecology, Transformation working group. Go to http://bit.ly/2cn9mEw and click “subscribe.”