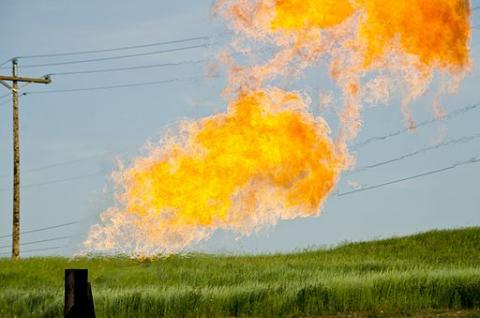 With the start of the new Trump Administration, Congress has gone to work dismantling agency rules directed at the fossil fuel industry. The following article was published in the March-April 2017 issue of NewsNotes.

Using the Congressional Review Act (CRA) – a little-known law tucked into 1996 legislation tied to former House Speaker Newt Gingrich’s “Contract with America” – Congress has recently been able to not only strike down important rules related to the environment, but also bar any new rules that are substantially similar. Some of the rules currently under attack were developed after years of public comments, and in some cases, after years of litigation.

The first rule that Congress has dismantled addressed corruption in the extractives sector.  The Cardin-Lugar rule required oil, gas, and mining companies to report payments they make to foreign governments. Payments include taxes, royalties, fees (including licensing fees), payments for infrastructure improvements, and community and social responsibility payments. It's an international norm – in place in 30 countries including Canada and the member states of the European Union. The Cardin-Lugar rule made it harder for governments around the world to hide from their citizens the money they received from oil, gas, and mining companies for the right to drill in their countries.

The Cardin-Lugar rule was part of the 2010 Dodd-Frank financial reforms and came about after more than a decade of bipartisan efforts. The American Petroleum Institute lobbied Congress to use the CRA to overturn the rule, claiming that the rule was costly and burdensome, even though many companies listed on Canadian or EU stock exchanges were already complying with the similar rules in other countries. Given the strong bipartisan support for the law, even some Republicans in both the House and Senate were perplexed by this rule being first on the list. In the House, four Republicans actually voted to keep the rule in place. Due to political pressure in the Senate, not one Republican voted to defend it.

The second rule that Congress dismantled was the Stream Protection rule, which was intended to protect 6,000 miles of streams and large areas of forests over the next two decades, according to the Interior Department ‘s statement when it issued the rule just this past December. The department argued that the rule would protect drinking water without undermining the economy or energy supply.

The coal industry countered that the Stream Protection rule would reduce the number of mining jobs by 30 percent and make 60 percent of its existing reservoirs uneconomic to produce.

The rubble from the explosions of mountaintops is often dumped into valleys and goes on to pollute rivers and streams with dangerous heavy metals like selenium, mercury, and arsenic. Some form of the Stream Protection rule has been around since 1983, and in late December 2016, President Obama finalized a strengthened version of the rule. The rule also called for restoration of streams that had been damaged.

The third rule that Congress is targeting for removal is the Methane rule. This rule seeks to reduce harmful natural gas emissions (mostly methane) into the environment and is an important part of combating climate change, reducing pollution, and capturing more natural gas for the energy market. In early February, the House voted to repeal the methane rule and now it is up to the Senate to save it.

With strong support from faith communities, the U.S. Bureau of Land Management adopted the Methane rule to reduce natural gas waste (methane) from fracking on federal and tribal lands. Methane is a greenhouse gas more potent than carbon.

The Bureau has a fact sheet that details the importance of cutting natural gas (mostly methane) leaks. The Bureau estimates that the oil and gas industry wastes billions of cubic feet of natural gas from leaks and flares – enough to power 6.2 million U.S. households for a year.  These leaks and flares contribute to global warming, increase smog and rates of pollution-related illnesses, and waste energy. In the next decade, tax payers could lose up to $800 million that could be put to use for the common good.

In addition to the CRA, the Trump administration is considering executive orders to remove older rules on everything from financial transparency on the use of conflict minerals in the Congo to fuel efficiency standards for vehicles. The Maryknoll Office for Global Concerns will continue to advocate for protection of all rules and regulations which uphold the integrity of creation.

Photo: Natural gas flares from a flare-head at the Orvis State well on the Evanson family farm in McKenzie County, North Dakota. Photo by Tim Evanson from Cleveland Heights, Ohio, and available in the creative commons 2.0.