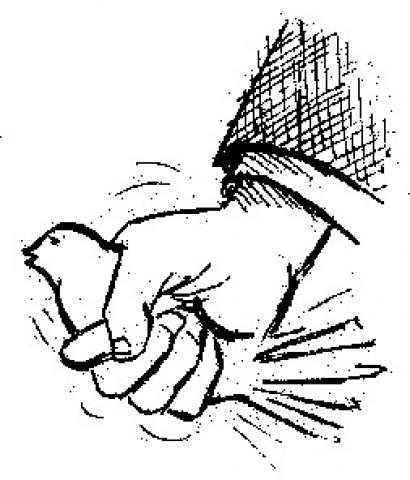 The World Bank approved a new policy framework in August that is void of language that would require the Bank to respect human rights throughout its operations and weakens core environmental and social protections for affected communities and the environment. This article was published in the September-October 2016 issue of NewsNotes.

In August, the World Bank approved a new “environmental and social framework” to replace its existing safeguard policies. The Bank’s safeguards are designed to ensure that its investments “do no harm” to people and the environment and to build institutional capacity in the Bank and among borrowing governments.

The World Bank invested more money and time into consultations on their safeguards policy than ever before. While the safeguards made some incremental improvements, they fell short of what many affected people and civil society sought.

Even though the new framework includes in its vision statement some aspirational references to human rights, there are no binding requirements. Additionally, in the main text there are no guidelines for human rights. Considering the Bank is often viewed as the standard bearer for financial lending institutions, this absence is particularly troubling. One positive outcome is that respecting human rights is now a conversation topic within the Bank.

The new safeguards do not include meaningful standards on gender or sexuality. In Uganda for instance, a $265 million road construction project that was funded by the World Bank was canceled in December after the Bigodi community complained repeatedly that workers had sexually abused local girls and employed children. In order to get the project canceled, the local community had to file two grievances with the World Bank. “When we first raised concerns, everyone at all levels at the World Bank denied that there was a problem,” said Elana Berger, the child-rights program manager at the Bank Information Center.

World Bank President Jim Kim responded to a report about the abuse in Uganda by announcing a new task force on gender violence. But groups are criticizing this move given the weak language in the new safeguards.

In a Scripture reflection for the Feast of the Assumption shared at www.maryknollogc.org, Bob Short, a returned Maryknoll Lay Missioner and current Coordinator of the Maryknoll Affiliates paraphrases the Protestant theologian Walter Brueggemann when he suggests that the fundamental question for all Christians is: “Do you hear your sister crying?” “For, in whatever corner of the world there is suffering, Bob writes, “it will likely be worse for women.”

Safeguards on indigenous people also fall short. The word “indigenous” comes with internationally recognized rights and protections. African nations, especially in East Africa, refused to support language requiring consultation with indigenous communities because many East African countries do not recognize indigenous people as distinct from the rest of the population. African civil society groups did push for the inclusion of the phrase “indigenous peoples.” The governments and World Bank agreed to add the term “Sub-Saharan African Historically Underserved Traditional Local Communities” which has no legally recognized standing.

“The bank should understand that there are no international protocols or treaties that speak of ‘Sub-Saharan African Historically Underserved Traditional Local Communities’ and this retrograde terminology should not be introduced in the 21st century where indigenous people know and understand their rights,” said Jackson Shaa with the Narasha Community Development Group in Kenya. “The suffering we are experiencing due to World Bank projects is enormous and the Bank should understand that we are human beings and we need our rights to be respected.”

The safeguards do, for the first time, include the need for free prior and informed consent of indigenous peoples but it is narrowly focused and does not cover all projects or even all phases of a project. The safeguards give a vague definition of “consent,” equating it with “collective support” which is not clearly defined.

The safeguards also for the first time include some basic labor rights associated with projects, but they fail to include core labor standards and don’t require that all countries allow workers the freedom of association. The safeguards also do not guarantee that people who lose their livelihoods from a project will be better off or fully compensated by the Bank.

While the safeguards are a small step forward in some critical ways, it is clear that they still have a long way to go to embrace a rights-based approach to development and to meet their own mission of ending poverty.