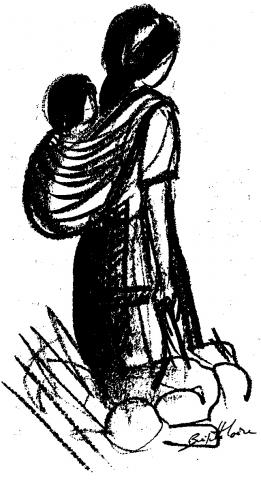 Global Witness, an international NGO based in London and Washington, D.C., released a damning report on killings and attacks against indigenous and environmental human rights defenders in Honduras. The following article was published in the March-April 2017 issue of NewsNotes.

The latest report from Global Witness, entitled “Honduras: The deadliest place to defend the planet,” examines five emblematic cases out of 123 assassinations of indigenous land and environmental human rights defenders since the 2009 coup. Three of the informants who contributed to the report were murdered in the course of the report’s development.

Global Witness was established in 1993 to work on breaking the links between natural resource exploitation, conflict, poverty, corruption, and human rights abuses worldwide.

The report concludes that “shocking levels of violence and intimidation suffered by rural communities for taking a stand against the imposition of dams, mines, logging or agriculture on their land – projects that are controlled by rich and powerful elites, among them members of the political class. The root causes of these abuses are widespread corruption and the failure to properly consult those affected by these projects.”

The five cases profiled in the report include indigenous communities that oppose illegal logging, mining, and large-scale dams and a Afro-Honduran community that opposes a plan to create a hotel and tourism complex in their territory.

The most famous case in Honduras is the death of award-winning environmentalist Berta Cáceres, an indigenous activist and other members of the Council of Indigenous Peoples of Honduras (COPINH) – the organization founded by Cáceres – for opposing the Agua Zarca Dam on the Gualcarque River. The one year anniversary of Caceres’ death is March 2. While much attention has been given to Caceres and COPINH, the report shines light on faces of other victims of violence from mega-projects.

The report identifies common threads throughout the five cases: corruption, lack of community consent and consultation on projects, outside political influence, greed, impunity, and a failure by the government to follow both the law and the orders to protect threatened defenders. Global Witness implicates high-level politicians in Honduras such as the vice president of the congress and certain business elites who are close associates of the president.  They also implicate international financial institutions, companies, government bodies, the military, and even aid from various U.S. agencies as perpetrators and drivers of displacement and violence.

Global Witness recommends that the Honduran government prioritize protection of land and environmental defenders, and investigations of violence against defenders that lead to bringing the perpetrators of the violence to justice. They also recommend that the Honduran government implement existing laws that guarantee consent for indigenous communities as well as strengthen laws related to land rights and tenure.

Honduras is a signatory to the International Labor Organization’s Convention 169 that grants “free prior and informed consent” for indigenous communities. The Honduran Congress is considering another law on free prior and informed consent to include both indigenous and Garifuna. Global Witness says this new law needs to correlate with the standards of international law and include proposals put forward by affected communities.

This report was released just as the election season was getting underway in Honduras. The 2009 coup was in response to then-President Manuel Zelaya’s desire to seek another term, which was against the Honduran constitution. Now current President Juan Orlando Hernandez, whose government has both perpetrated and permitted human rights violations with impunity, is running for a second term and will likely win.

The authors of the report and the individuals profiled have all received numerous death threats since the report’s release on January 31. Some Honduran authorities and extractive industry spokespeople responded immediately with calls for the arrests of all those associated with the report.

“Global Witness condemns the attempts by Honduran authorities and industry spokespeople to undermine and politicize our new investigation into the killings of land and environmental defenders in Honduras. The Honduran State must guarantee the security of Global Witness’s staff Billy Kyte and Ben Leather, as well as that of the local human rights defenders associated with the report.”

The report is not only devastating evidence that many of the world’s worst environmental and human rights abuses are driven by the exploitation of natural resources and corruption, but also, that it is vulnerable indigenous and marginalized communities that are paying the ultimate price.