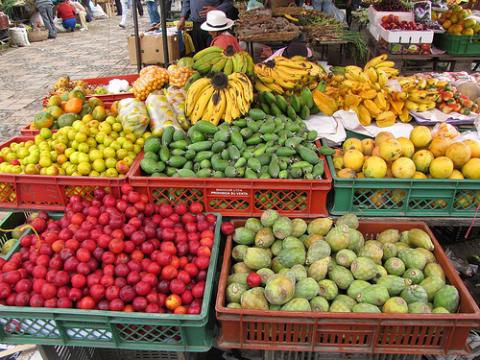 The following article was written by Jennifer Svetlik, who worked with the Maryknoll Office for Global Concerns (MOGC) for several months this spring.

In late February, the MOGC signed onto a statement along with other advocacy organizations urging "bold reform" on food aid from the Obama administration. It specified:

"When 870 million people around the world go hungry every day, making every food aid dollar count is not only a responsible use of taxpayer money, it is a moral imperative. For that reason, it is critical that any reforms seek efficiencies rather than cuts… Making every dollar count for hungry people means adding flexibility to our overseas food assistance so that proven methods such as local and regional purchase (LRP) are part of the food aid toolbox."

Local and regional purchase of food aid has had the attention of the MOGC for years because of its potential to be quicker, less costly, serve local economies and engage small-scale farmers.

Under the 2008 Farm Bill a five-year, $60 million pilot was created to fund 21 LRP projects in 19 countries. Late last year, the U.S. Department of Agriculture (USDA) released a 142-page report (with 250 pages of annexes) offering the findings from this pilot project, which evaluated the cost, timeliness, and market impact of LRP in emergency and development assistance projects.

The results indicate that LRP is timelier and more cost effective than shipping food aid from the United States. Local purchase has a cost advantage because of lower costs for transport, storage, and handling of aid. A related report out of Cornell University compared nine of the LRP pilot projects against corresponding U.S. food aid shipments and found that the cost savings of LRP averaged 50 percent.

Purchasing in local markets allowed for speedier delivery than shipping from overseas. The report out of Cornell found LRP to average 62 percent faster than transoceanic shipments. Given that an increasing percentage of food aid is used for emergency projects, in which efficient purchase and quick delivery is a top priority, using LRP more frequently just makes sense.

The report also examined the extent to which LRP might increase prices or price volatility in the markets in which purchasing took place. The report asserts, "USDA can be confident that its locally and regionally procured food aid had negligible and fleeting impacts, if any, in procurement markets. There were no instances of procurements where the evidence unambiguously suggested that market impact was probable or confirmed." One-fifth of the projects had a "possible" impact on market price, while the rest’s impact was determined "unlikely."

The majority of purchases in the pilot projects (58 percent) were sourced competitively, while the remainder used direct purchase, often targeting farmers’ organizations (FOs). Direct purchases took the most time, because participants began to work with FOs during the planting season. For this reason, direct purchase was generally used for development, not emergency projects.

The report comments that FOs "may not currently be the most efficient suppliers of food to the market but it is important to foster a commercial orientation among farmers that encourages them to pool their resources, achieve economies of scale, and collectively increase the value-added they draw from their labors. Their supply is often a learning process in which it is worth investing, rather than the best organized of the options available."

Commenting on women’s participation in FOs, one of the report’s annexes says that women have been targeted for subsidies and trainings but their active participation had remained limited, "attributed in part to traditional gender roles: marketing was said to be considered a men’s activity." It is good that the report notes these efforts and barriers; the next step is to find new ways to address them.

LRP invests in the people who need food aid to be able to feed themselves rather than make them dependent on aid in the future. It makes government dollars more efficient and effective – an all-around smart program.