Exploring Our Call in Caring for Creation October 2017 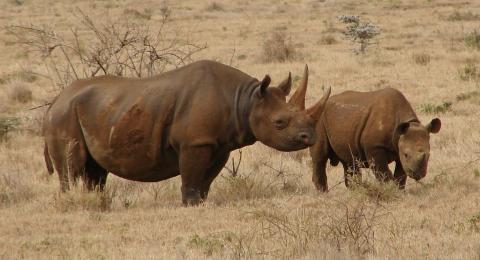 The following meditation is written by Ann Braudis, M.M. for participants in the Maryknoll Advanced Missionary Discipleship Formation Seminar  "Exploring Our Call in Caring for Creation." The seminar was held in Los Altos, California, August 7-11, 2017. Find more meditations by Sister Ann Braudis here.

October 2017: The Extinction of Species

According to Pope Francis, “Each year sees the disappearance of thousands of plant and animal species which we will never know, which our children will never see, because they have been lost forever. The great majority become extinct for reasons related to human activity. Because of us, thousands of species will no longer give glory to God by their very existence, nor convey their message to us. We have no such right." (Laudato Sí, 33)

The extinction rate is up to 100 times higher than it would have been without human activity.

As we approach the end of October and the first days of November when we traditionally remember our beloved dead, mourn their loss and hold them in our prayer; this year, let us expand our sense of loss to include the species that are forever gone due to human activity.

Preparation:   Think of an extinct animal or bird that you would like to remember. Prepare two candles.

Great Giver of Life, we pause to remember our place at the beginning of the Sixth Great Extinction on Planet Earth. For 13.8 billion years creation has been groaning: bringing to birth, becoming more complex, more organized, more conscious. The other great extinctions during the past 450 million years happened by forces beyond anyone’s control. Now, for the first time, our species is ruining whole ecosystems, aborting entire interdependent species. We acknowledge that we play a part in this dying by our carelessness, ignorance, and indifference. Forgive us our part in the death of healthy ecosystems and the resulting extinction of creatures in whom we believe divinity lives and acts.

We affirm the Sacred Mystery that caused and continues Creation.

We affirm the 13.8 billion years of our Universe.

We affirm the multiple transformations during the 4.5 billion years of Mother Earth’s life so far, and the relentless evolution towards ever-greater consciousness in the future.

We affirm the millions of species that have inhabited our planet in beautifully-webbed communities: microorganisms, plants, fish, birds, mammals

We affirm that we came from Earth and exist, like all species, in a communion of subjects.

We grieve humans’ lack of awareness of, and concern about, the destruction of interdependent communities that have taken billions of years to develop.

We grieve the climate disasters that extinguish habitats and the multiple species within them.

We grieve the more than one-in-four flowering plants, the one-in-five mammals, the nearly one-in-three amphibians, and the one-in-eight birds that are vulnerable to being wiped out completely.

We grieve the Golden Toad, native to Costa Rica. It has not been seen since 1989, when a single male was found, the last of its species.

We grieve the Pyrenean Ibex. The last of this species naturally born was a female, Celia, who died in 2000.

We grieve the St. Helena Olive, a small spreading tree, the last of which perished in 2003 primarily due to deforestation and invasive plants.

We grieve all our extinct brother and sister species, the amphibians, fish, birds, mammals, plants and trees, and their diminished habitats.

We grieve the____________. (Name the extinct creature you wish to remember and light the second candle).

Reflection question: What did you do while the planet was plundered? (from Drew Dellinger, poet, author and teacher)

Holy Font of all life, we pray for a deeper grasp of our moral responsibility to preserve the life of the Planet. Grant us the wisdom to embrace a spirituality that honors the interconnected and ever emerging mystery of creation. Send us companions with whom to walk. May we be strength and light to each other as we envision a new human role in relation to the whole of life. We ask this in the name of Christ, the harbinger of new life.   Amen

Notes: Loss of species from our places of mission. Partial list.