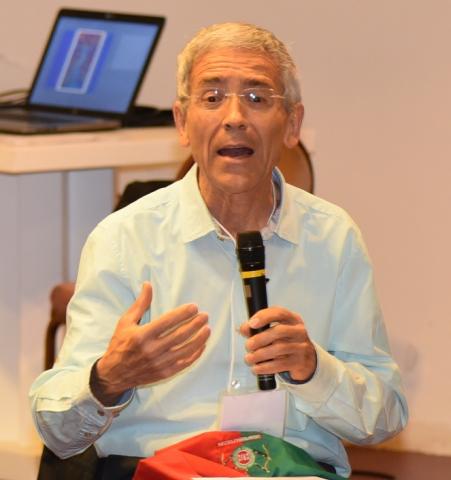 Colombia's Congress approved a landmark treaty with the FARC guerrilla rebels moving the country closer to a sustainable peace for the first time in fifty years. The following article was published in the January-February 2017 issue of NewsNotes.

In late November, Colombia’s Congress approved a revised peace accord with the Fuerzas Armadas Revolucionarias de Colombia (FARC), a guerrilla movement with which the government of Colombia had been in violent conflict for 50 years. This was only 41 days after the first peace agreement was narrowly defeated in a countrywide referendum. FARC is the country’s largest rebel group and had some 6,000 heavily armed fighters deployed across Colombia’s jungles and mountains, according to experts.

In order to fast-track the new deal through Congress, President Santos needed the support of the Constitutional Court, whose 8-to-1 decision in favor on December 13 meant that his administration can seek expedited congressional approval for the laws and constitutional changes needed for the peace accord with the rebels.

President Santos took steps to address some of the previous objections from the opposition. The agreement now offers some clarity over what to expect as rebels accused of various offenses, including war crimes and drug trafficking, go before a special court.

However, the new accord still does not allow for prison sentences for those who confessed to war crimes, which the government said would have caused FARC to leave the negotiating table. The agreement also guarantees former rebels representation in Congress, but it bans them from running in newly-created districts in former conflict zones.

According to the Washington Office for Latin America (WOLA), the revised agreement includes a section guaranteeing the rights of Afro-Colombian and indigenous groups, something that advocates have been pushing for years. As WOLA’s Gimena Sánchez noted in the Smithsonian Magazine, the peace accord’s “Ethnic Chapter” includes long-sought provisions on land reform and environmental rights. However, WOLA reports that the last weeks of 2016 have seen the worst wave in years of murders of social leaders, indigenous leaders, land-rights activists, and human rights defenders.

The credibility of the accord depends on stopping attacks against these community leaders.

Jesuit Father Francisco de Roux has been working for peace in Colombia for the last fourteen years. “We kept looking for peace,” Father Francisco said, “talking with the guerrillas, the paramilitaries and the army, trying to demonstrate that there was a way to work together, if we took the risk of opening ourselves up to human dignity, present in each and every one of us. The kind of dignity Romero was peacefully fighting for, the dignity we don’t get from the government neither from the guerrillas, nor from money, nor from the churches. The kind of dignity we all just carry inside because we are human beings, sharing life and existence in this universe. The dignity we as Christians see as the manifestation of Gods’ mystery, the gift of His absolute love in each and every person, in each and every creature, in the world.”

...“When we were surrounded by violent groups, we discovered that there is no safety in weapons. That the only true and sustainable protection comes through trusting people. And that to win trust we have to go through a long process of dialogue and mutual acceptance, and unpredicted individual and social changes, in the midst of uncertainties.

Father Francisco concluded, “I am certain that because of the generosity of my companions, women and men, and due to the way they devoted themselves to protect life and dignity in extreme difficulties, [our peace] process became a reference, in the construction of structural peace, all the while threatened by terrible violence; and the process has been replicated, so that we have now twenty four programs of development and peace in different regions of Colombia.”

Photo: Jesuit Father Francisco de Roux of Colombia at the Nonviolence and Just Peace Conference in Rome in April 2016. Photo by Gerry Lee/MOGC.