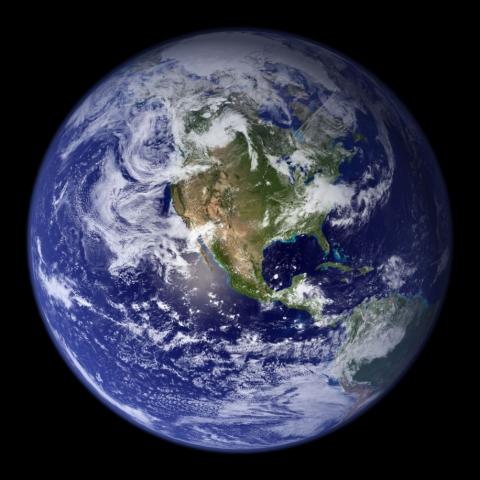 A group of conservative leaders recently shared a plan to decrease carbon emissions that could change the political possibilities for climate action. The following article was published in the March-April 2017 issue of NewsNotes.

Though the Trump administration has shown little concerns over climate change, a newly formed group of leading conservative officials met with the White House and offered a plan to address climate change by imposing a national carbon tax, rather than using federal regulations, as done by the Obama administration.

In their report entitled “The Conservative Case for Carbon Dividends,” they write:

“The opposition of many Republicans to meaningfully address climate change reflects poor science and poor economics, and is at odds with the party’s own noble tradition of stewardship. A carbon dividends plan could realign the GOP with that longstanding tradition and with popular opinion.”

They point out that 71 percent of people in the U.S. are in favor of the U.S. government following through on commitments made in the Paris climate agreement; and that “if the Republican Party fails to exercise leadership on our climate challenge, they risk a return to heavy-handed regulation when Democrats return to power.”

The plan has four parts to be implemented together in order to be effective:

First, “the federal government would impose a gradually increasing tax on carbon dioxide emissions. It might begin at $40 per ton and increase steadily. This tax would send a powerful signal to businesses and consumers to reduce their carbon footprints.”

Third, “American companies exporting to countries without comparable carbon pricing would receive rebates on the carbon taxes they have paid on those products, while imports from such countries would face fees on the carbon content of their products. This would protect American competitiveness and punish free-riding by other nations, encouraging them to adopt their own carbon pricing.”

Fourth, “regulations made unnecessary by the carbon tax would be eliminated, including an outright repeal of the Clean Power Plan.”

Indeed, multiple news outlets have reported that President Trump is preparing executive orders aimed at dismantling the Clean Power Plan, which is the main component of the U.S. commitment in the Paris climate agreement to reduce greenhouse gas emissions.

“A carbon tax may sound technical, Climate Leadership Council writes, “but changing market prices actually changes everything. It is pricing, first and foremost, that dictates whether utilities and governments build a coal power plant or a wind farm, whether factories install the latest energy efficient technology or whether companies choose video conferencing over flying. For individuals, prices determine the kind of car you buy, how much you insulate your home, and whether you purchase local or imported produce. Multiply this dynamic by 7 billion people across the globe making daily choices, and the full force of this solution becomes apparent.”

They argue that their proposal should be acceptable to a wide range of political outlooks and could radically reduce greenhouse gas emissions in the U.S. as well as meet commitments to reduce carbon emissions made in the Paris climate agreement.

The authors write that their plan would “relieve the economic anxiety of Trump’s voters, and speak to their populist worldview. It is their precise demographic that stands to benefit most. Meanwhile, the plan’s pro-growth bonafides and a possible path to lower corporate taxes might help turn the GOP establishment.”

Canada’s British Columbia implemented a similar tax and dividend program in 2008 with positive results - by 2012, carbon emissions fell by 15 percent while the economy outperformed other Canadian provinces. (See http://maryknollogc.org/article/models-curb-carbon-yield-different-results) At a time of so little agreement among members of Congress, this proposal could be an opportunity to bring parties together and address the vexing problem of climate change.