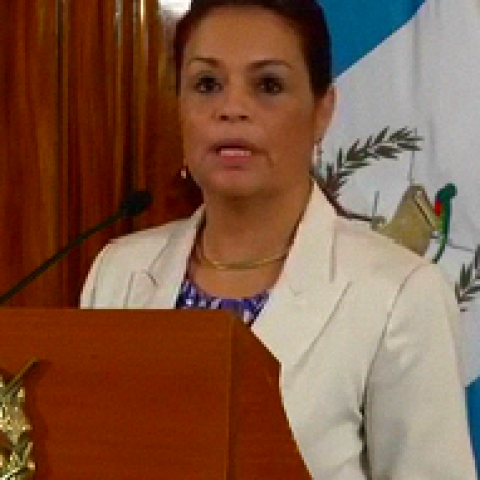 The following article, written by Marek Cabrera, who recently ended a 10-month internship with the Maryknoll Office for Global Concerns, appears in the July-August 2015 NewsNotes.

The avalanche of news coming out of both Honduras and Guatemala since April about widespread corruption within the highest political and economic circles reveals the overwhelming degree to which organized crime controls important parts of both governments. In both countries, corrupt and criminal elites have colluded to enrich themselves by stealing hundreds of millions of dollars in the last few years alone from government agencies that provide social services, and revenue for the government.

One example is that of Mario Zelaya, head of the Honduran Institute Social Security (IHSS), the national health insurance provider, defrauded hundreds of millions of dollars in government contracts meant for the IHSS through shell companies. Without the IHSS’s ability to provide medical treatment or medicines, close to 3,000 may have died from 2012-2014. (Spanish-language article: "MP debe investigar muertes en el IHSS," El Heraldo, May 27, 2015; "How hitmen and high living lifted lid on looting of Honduran healthcare system," The Guardian, June 10, 2015.)

In May, Guatemala’s Vice President Roxana Baldetti (in photo) resigned after several scandals, including one about having approved a contract for $20 million to a company close to her to clean up a contaminated lake using what news investigations later said was simply salt and water. Most of the contract was later cancelled. And these are just two examples of the many – at times bizarre, but nevertheless criminal – schemes of corruption that do not seem to stop coming from both countries.

The reaction from the population has been swift, and it is already generating the type of pressure from the ground up that could force significant reform at the top. Hundreds of thousands of people in both countries have taken to the streets almost daily. During the last two months support among the population for demands of transparency, democratic reform and punishment for the perpetrators for the fraud and crimes has only increased. "Renuncia ya!" (Resign now!) is the rallying cry against Guatemalan President Otto Pérez Molina. As Anita Isaacs noted in The New York Times, "The public response has been deafening: Hundreds of thousands of Guatemalans have taken to social media and the streets. What began as a largely middle-class and urban protest has evolved to include peasants and indigenous Guatemalans, the first time the country has united to demand democratic reform." ("America’s second chance in Guatemala," June 22, 2015)

In Honduras, marches have spread from the main urban areas to throughout the country. People are demanding the formation of an international investigative body similar to the UN-sponsored CICIG (Comisión Internacional contra la Impunidad en Guatemala). Dana Frank, a historian at the University of California-Santa Cruz told The New York Times that "the protests were a response to the degeneration of the rule of law since the coup, which has led to broad impunity for corruption in the government and the police." ("Wave of protests spreads to scandal-weary Honduras and Guatemala," June 12, 2015)

As expected, both governments have responded to the protests with a campaign that increasingly seeks to delegitimize the demands and the demonstrations. In Honduras a senior economic advisor to the president gave a chilling warning when he said that the government should not allow the protesters to hurt the Honduran economy with their demonstrations. The demonization campaign and the warnings from top official clearly represent a moment of serious risk for a potential movement that seeks democratic and participatory reforms in their institutions.

The Obama administration plans to give those governments increased political and diplomatic support, security cooperation, and the promise of economic aid through the Plan of the Alliance for Prosperity in the Northern Triangle (PAPNT). (See related article in March-April 2015 NewsNotes.) U.S. Vice President Joe Biden recently met at the White House with Juan Orlando Hernández, president of Honduras, a move widely criticized by the Honduran opposition because it emboldens and gives political cover to the Orlando administration.

NGOs in the U.S. are calling on the U.S. government to play a constructive role in the region and to not give a green light to violence and repression. The 2009 military coup d’état in Honduras and its violent aftermath are powerful reminders of what the U.S. should not support.