Caravan for Peace wends through U.S. 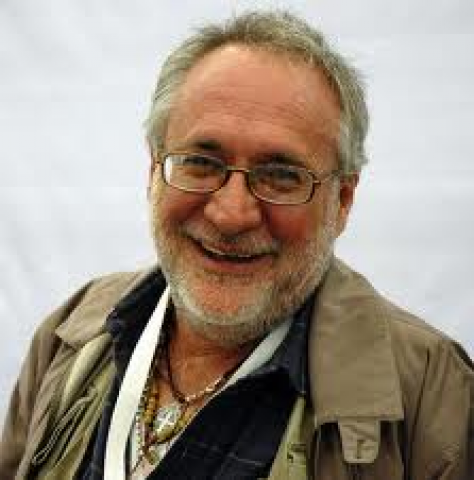 "Estamos hasta la madre! [We are fed up]" is the rallying cry of Mexican poet and author Javier Sicilia, who has mobilized people on both sides of the border to stop the bloodshed caused by drug violence. In 2011, after his son Juan Francisco was brutally murdered by drug traffickers, Sicilia mobilized the Caravan for Peace with Justice and Dignity, a series of peace marches throughout Mexico. As reported in the July-August NewsNotes, Sicilia brought the caravan and its message to the U.S. this summer: The caravan made its first U.S. stop in San Diego August 12 and, after stops in 22 cities, will conclude in Washington, D.C. during the week of September 10. The following article was published in the September-October 2012 NewsNotes.

Along the cross-country journey, the 110 people traveling with the caravan were greeted by a multitude of individuals and organizations welcoming their message. In San Diego, the procession got underway with a rally and vigil at the border fence in Border State Park. Attendees held posters and signs with photographs showing the faces and names of those who have died or disappeared due to the drug war. One of the caravan’s organizers told CounterPunch, "We want people to be able to put a face to the news reports. The impact may not be immediate but we’re going to sow seeds."

In Los Angeles, Mexican directors, actors and artists working in Hollywood pledged to bring to the forefront the need for an alternative to the war on drugs. In Albuquerque, Sicilia and others in the caravan learned how to buy an AK-47 in less than five minutes when they visited a gun show. At one point during the rally in New Mexico, Sicilia said, "The underlying theme [of the movement] is the same in both countries, but the narrative thread is obviously different. Here, you have the addicts and the guns, which are smuggled to Mexico. There, we have the cartels, victims and endemic state corruption." Throughout the southwest, the caravan sought to engage in dialogue and emphasize their desire to demilitarize the border and the war on drugs, which has only led to illegal trafficking in arms and bloodshed.

In several cities, a resolution to dialogue about alternatives to the drug war was passed in courthouses and city halls. A Code of Conduct on Arms Trafficking was also signed by local gun dealers and gun shop owners.

In southern cities like Jackson, Montgomery, and Atlanta, the caravan’s message focused on the negative impact this "war" has on people of color. In Georgia, the caravan also stopped at Fort Benning where about 140-150 people joined the rally to highlight the connection between the U.S. Army’s School of the Americas/Western Hemisphere Institute for Security Cooperation and those murdered and disappeared in Mexico in the last six years. Families of the victims left photographs of their deceased and missing loved ones, along with signs and crosses at the entrance to Fort Benning.

For a list of activities, videos and information see the Caravan for Peace website. Also see Can the Caravan of Peace end the war on drugs? printed in The Nation magazine; and Mexican poet, activist Javier Sicilia brings peace caravan into U.S. to condemn deadly drug war, an interview with Sicilia on the Democracy Now! radio program.