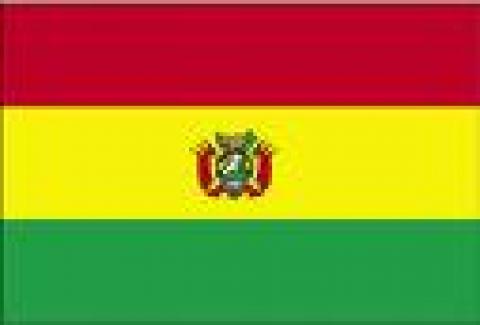 The following article, prepared by Dan Moriarty, Jason Obergfell and Sr. Leila Mattingly, MM, all of whom live and work in Cochabamba, Bolivia, appeared in the November-December 2013 issue of NewsNotes.

Anita seemed to have it all. A successful middle-class professional, she had achieved things few Bolivian women ever do. But in one way Anita’s life was all too typical: Anita was a victim of domestic violence. The World Health Organization (WHO) recently named Bolivia as the Latin American country with the highest incidence of violence against women, and the second highest rate of sexual violence (after Haiti). Bolivia recently passed a law aimed at reducing violence against women, but to little effect. Such laws are difficult to enforce and fail to address root causes of violence, so religious groups in Bolivia are working with women to strengthen the government’s response, and seek solutions beyond those of the state.

Recently, Maryknoll missioners and other religious communities with observer status at the United Nations met in Cochabamba to promote inclusion of violence against women and children in a report from civil society groups in Bolivia, to be presented in Geneva in 2014 as a part of the Universal Periodic Review (UPR), a regular UN process for evaluation of the human rights progress of member nations. The WHO study and other statistics resonate deeply with the missioners’ own pastoral experiences with women and children.

Members of the Religious at the UN-Bolivia (RUN-Bolivia) group have been meeting with women’s groups around Cochabamba to hear about their experiences with and recommendations for addressing violence. In addition, RUN-Bolivia organized a forum on September 17, "Bolivia Women Today: Voices of Women." Representatives of mothers’ organizations, small producers’ cooperatives, human rights advocates, health workers, government officials, church groups, research institutions, and others gathered to discuss the greatest challenges to women’s human rights, and suggest ways to address them.

As one of several presenters at the forum, Anita spoke about ways women can extricate themselves from abusive situations. She drew from her own story. After years of blaming herself or refusing to leave her abuser for fear of the stigma associated with divorce, family finally helped Anita leave her husband after he attempted to strangle her, resulting in hospitalization. A number of participants nodded their heads in sad recognition of how common such abuse is in their own experience.

The women at the forum met in small groups to discuss ways their lives are affected by violence and, more importantly, ideas for positive change. Participants stressed the importance of education at all levels: teaching children about gender issues to combat machismo; educating public officials and civic and religious leaders about gender equality and laws that protect women and resources available to them; and teaching women about their rights and offering courses to help with issues such as self-esteem.

Job training was also mentioned, as were other ways of creating financial independence for women, who often remain in abusive relationships because of economic dependence. Loans, tax breaks, and other job-creating programs, as well as childcare were proposed. Access to justice was emphasized, and various ideas were offered for decentralizing and improving government legal services for abused women. Access to healthcare and family planning methods were also stressed as necessary, and also a justice issue, as Bolivian law states that women should have a say in how many children they have. Participants also argued that, to bolster the new law, increased government budgets were needed for programs addressing violence against women. Finally, the importance of women’s groups was stressed. The women were not content to wait for the state to end violence against women, but saw a need to organize and tackle the problem themselves.

This last idea echoed the theme of Anita’s presentation. After the attempt on her life, she left her husband, became an advocate for the rights of women, and now speaks to groups throughout Bolivia about domestic violence. She no longer calls herself a victim: she refuses to let violence define her. Anita’s story and the energy of so many women gathered at the forum are already inspiring real change.

Participants from the Cochabamba community of Aguada, who have been accompanied by Maryknoll missioners since coming together in their newly settled barrio several years ago, returned from the forum to share the experience with the rest of their women’s group. A conversation began about what kind of life they can expect for their daughters, and how to ensure it is free from violence.

Women are leading the way to ending domestic violence and achieving gender equality in Bolivia. Through the UPR, RUN-Bolivia, which is also organizing events to explore the rights of children, aims to pressure government officials to complement their efforts.